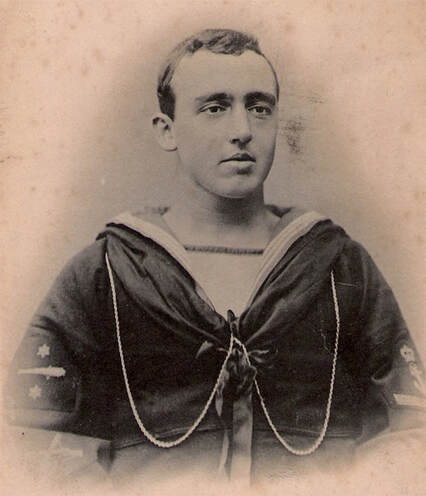 Diver P.O. Alfred Edwin Church (Image courtesy of Lee Webster)
Name - Alfred Edwin Church
DOB - 3rd October 1879
Place of Birth - Windsor, Berkshire
Parents - Thomas and Alice
Early History -  The son of a bricklayer, Alfred was the fourth child born.  Aged just 1 on the 1881 census, he lived with his parents and 3 older siblings at the “Elephant and Castle” in the village of Clewer, Windsor.  By the 1891 census Alfred and his family had moved to 8 Church Terrace, within the same village.  He had gained a further 3 siblings and at the early age of 11, worked as a printer’s devil - possibly with his older brother Thomas who was also a printer’s apprentice.  Alfred left his final civilian job, as a pot boy, on 5th May 1896 and joined the Navy as a Boy 2nd Class.  He grew to 5’5” tall, had black hair and brown eyes, with a ruddy complexion and a scar on the side of his left eye.

Following the newspaper reports of his death, it was noted also on his service record that he died of acute pneumonia and heart failure, his death certificate stating complications from pneumonia. 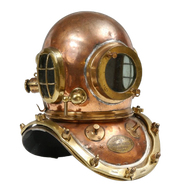 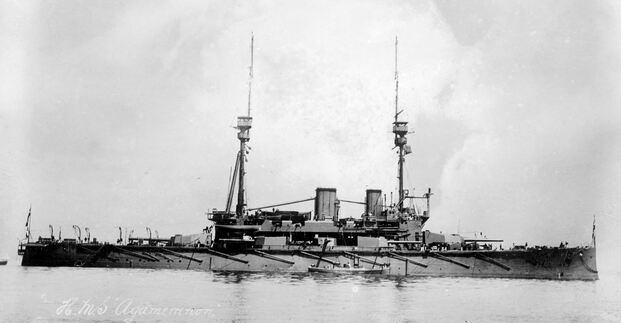 NAVAL MISHAPS - A diver belonging to the battleship Agamemnon lost his life Scapa Flow yesterday by being dragged along the bottom whilst looking for a torpedo.


THE STRANDED CRUISER - The cruiser Blanche, which stranded in Orkneys during night exercises Monday, is still in Longhope Bay. Temporary repairs are being executed, and it is expected that the vessel will proceed south almost immediately. The scout Patrol is standing by the damaged ship. The destroyer Harpy remains to search for lost torpedoes.

DIVER'S SUDDEN DEATH - The sudden death of First Class Petty Officer Alfred Edwin Church, belonging to Ryest Green, near Reading, Berks, was reported to the police on Tuesday morning and the Superintendent spent most of the day on board the Agamemnon to which ship deceased belonged, taking evidence.

Reports are somewhat contradictory, and in one quarter we were informed that Church, who had been engaged as a diver looking for one of the battleship's torpedoes was knocked over when below water owing to the steam pinnace coming alongside the boat from which Church was working. However that may be, it is apparent that diving in such weather as was experienced on Monday would be a matter of much difficulty and not unattended with danger.
The depth of water in which the man was working was over twenty fathoms and it is said he was below for fully an hour.

He appeared to be quite well when he came on board the small boat but on the way back to the ship complained of violent pains in his chest. He died shortly before one o'clock on Tuesday morning. Deceased was 31 years of ago and unmarried. 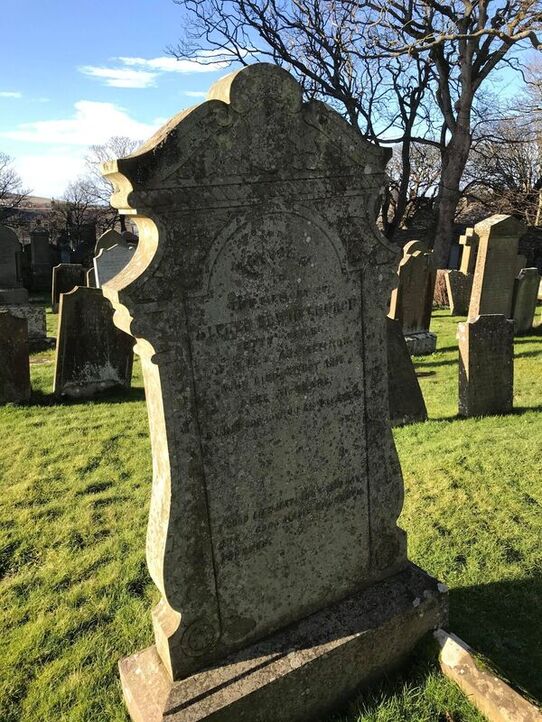 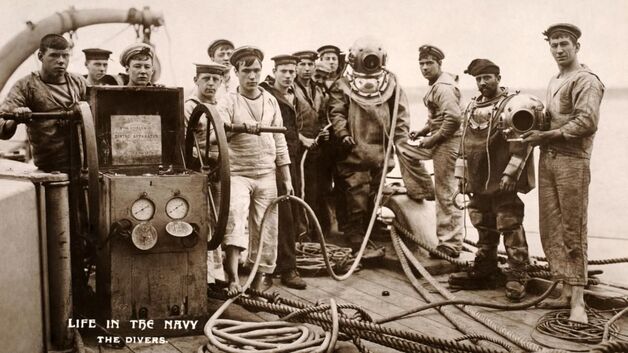 Royal Navy Divers At Portsmouth.
Footnote:  THE LOST TORPEDOES FOUND. On Saturday last the 18-inch Heater torpedo, which was lost the previous Saturday, from H.M.S. Saracen whilst engaged in exercises in Scapa Flow, was found at Howequoy Head, Holm, by Robt. Bews, St Mary's. During the day the torpedo was towed round to Scapa Pier. On Sunday evening, H.M.S. Saracen arrived and after taking the torpedo on board left on Monday morning for Fortrose. On Monday of last week, while H.M.S. Agamemnon was engaged in torpedo exercises in Scapa Flow, an 18-inch Whitehead torpedo sank at a point about one mile S.E. by S. from Toyness Jetty, Smoogro Bay. Yesterday (Tuesday) information was received at Kirkwall that the torpedo had been found by Charles Langskaill, Holm, in Graemeshall Bay, Holm. (​Orkney Herald, and Weekly Advertiser and Gazette for the Orkney & Zetland Islands - Wednesday 11 October 1911)