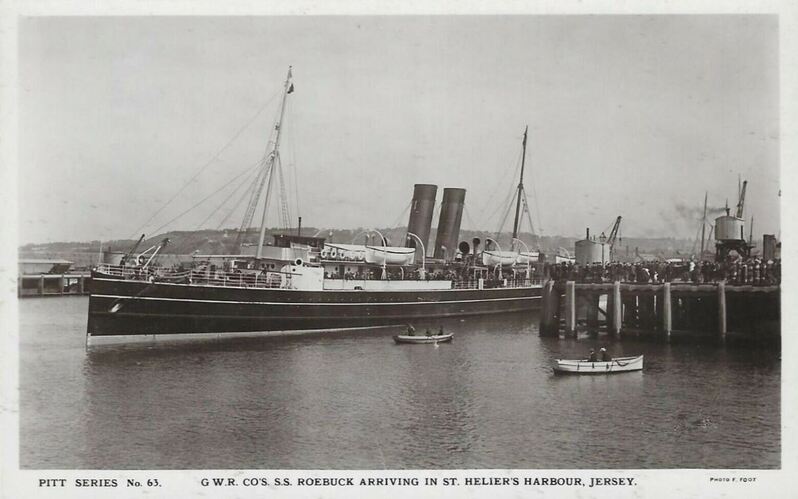 ​​SS Roebuck was steel steamship built by Naval Construction and Armament Co. Ltd, Barrow-In-Furness. in 1897, for the Great Western Railway Company, and was used as a passenger ferry between the Channel Islands and Southampton.

​She was requisitioned by the Royal Navy on 2nd October 1914 and was converted into a minesweeper and renamed HMS Roedean.


On 13th January 1915 the HMS Roedean dragged her anchor in Longhope Bay during a gale and collided with the bow of the repair hulk Imperious. Despite dropping a second anchor and seeking assistance from two tugs, she settled stern first and sank. No crew were lost.

After sinking, both masts were visible from Hackness Martello Tower protruding from the seabed, making the site a hazard to navigation. The wreck was buoyed with a green buoy to the east.

Longhope Bay & wreck of HMS Roedean. (UKHO)
The remains were extensively blasted in 1953 and again in 1956 to clear the superstructure, (Churchill College Archives, FELL 4/2).  This is likely the cause of the extensive field of debris which surround the main wreck site.

​Although the wreck is well broken up, the main wreckage falls within the confines of her original dimensions. Oriented east to west with the bow to the west the boilers midships. The wreck is visited by local dive boats. 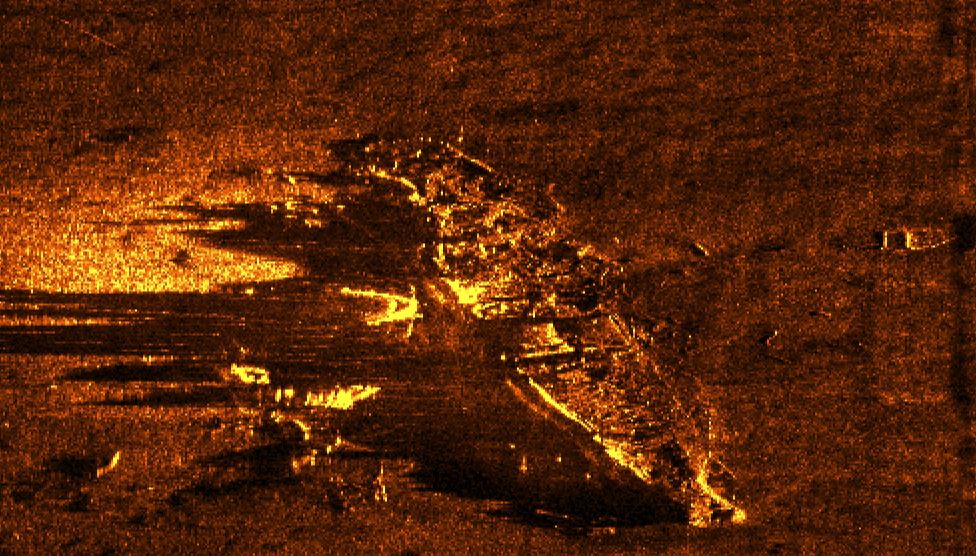