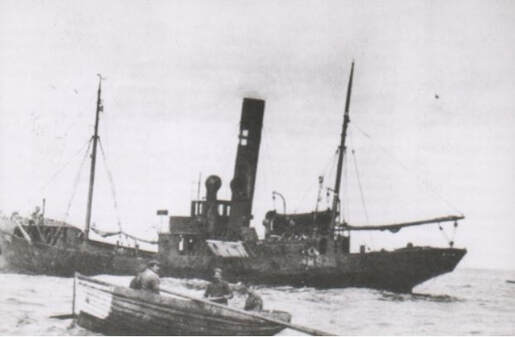 HMT Asia was on duty as a minesweeper off Lerwick, Shetland. While escorting a convoy into Lerwick it struck a mine a mile off Kirkabister Light. There were reports of a second explosion which may have been depth charges going off as the trawler sank. Seven crew died in the explosion. 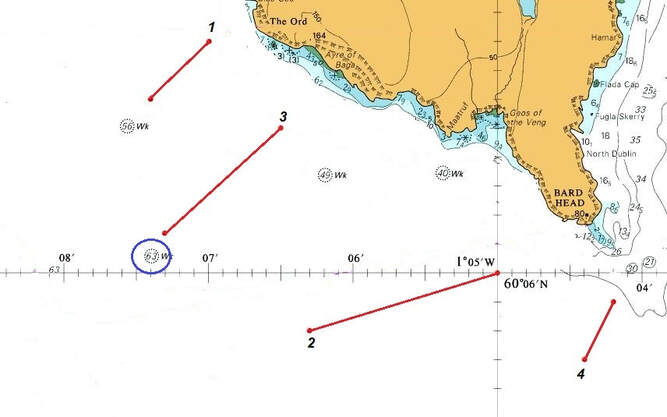 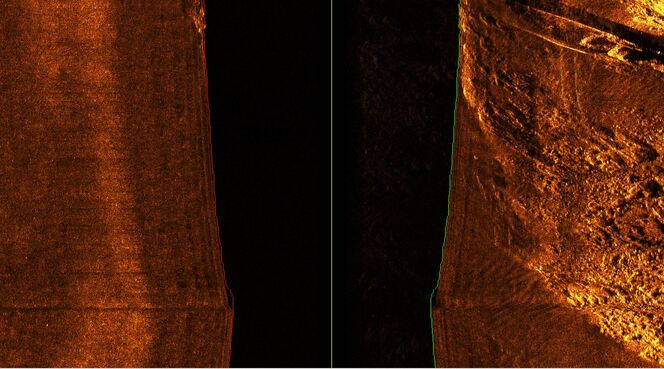 
​The wreck of the HMT Asia sits in 69m of water and is badly damaged in position  60 06.052N   01 07.400W . The wreck is occasionally visited by technical divers. On one such dive local diver, Kevin Thompson, found the ships bell.  It was Kevin's first technical dive after training. The bell was presented to Lerwick Museum where it can act as a memorial to those lost, (Photos courtesy K.Thompson). 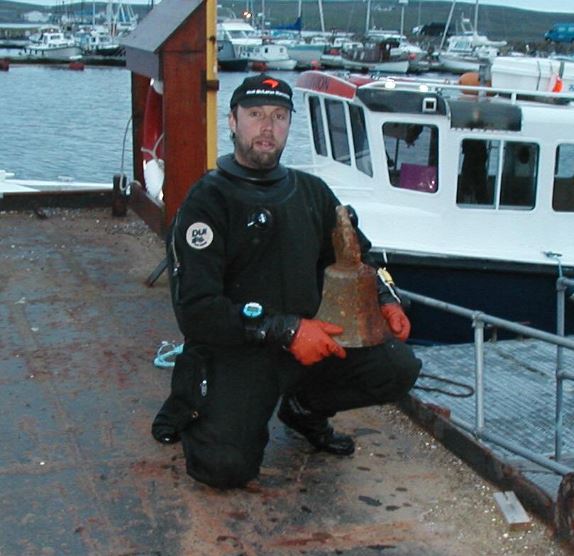 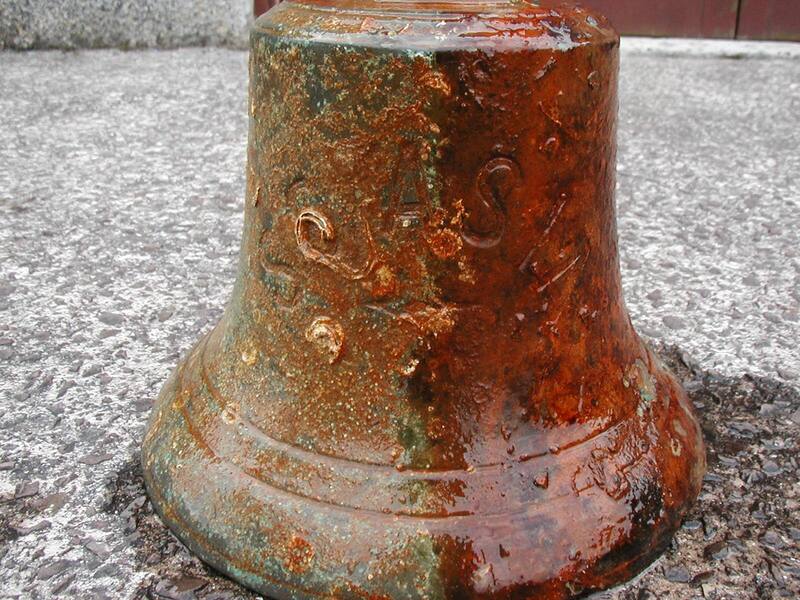 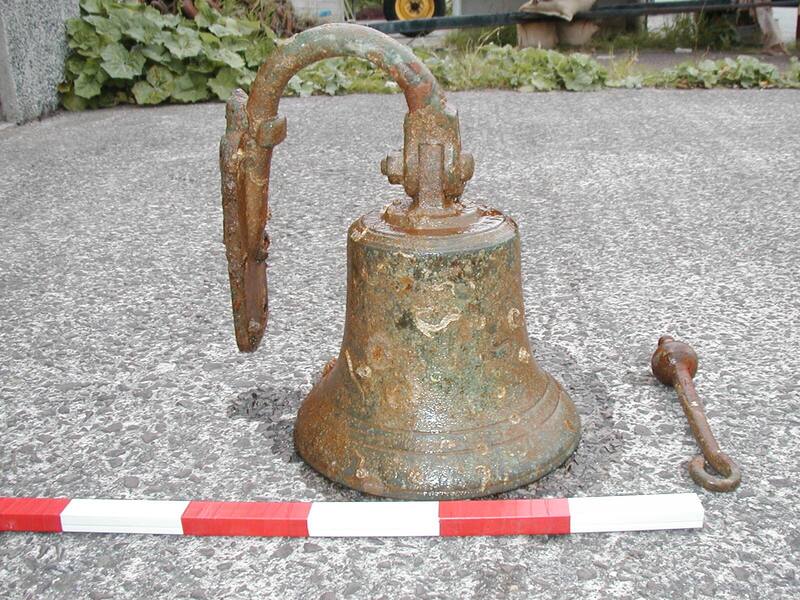 The Crew of HMT Asia - Research is ongoing.