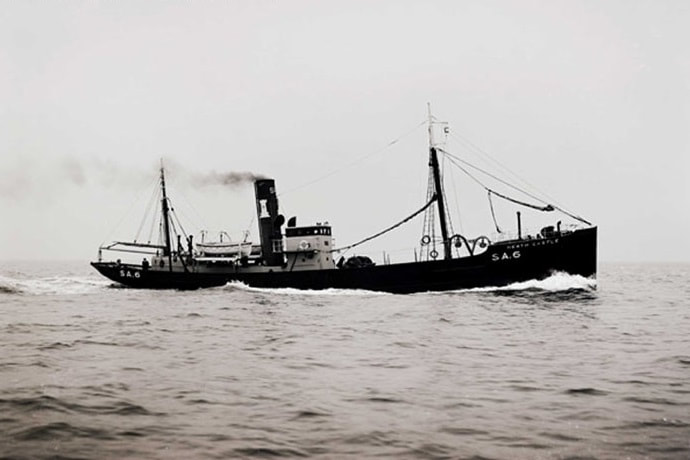 ​The steel steam trawler Neath Castle was built by the Smith's Dock Company Ltd., South Bank and Stockton in 1913 for Castle Steam Trawlers Ltd, Swansea and registered with number SA6.

​The Neath Castle was hired by the Royal Navy in May 1916 and used as a patrol trawler.

On the 14th August 1916 at 4.30 pm HMT Neath Castle was involved in a collision with the Dutch liner SS Rijndam and sank with the loss of one crewman. The location of the collision is stated as NE of Start Point, Sanday, Orkney. 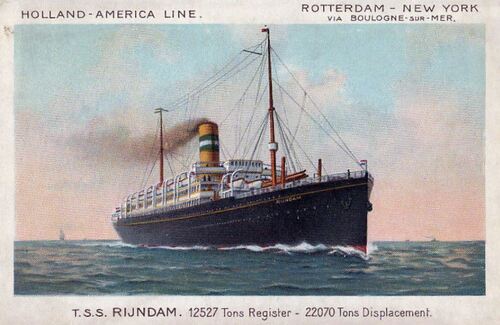 To date HMT Neath Castle has not been located and has no UKHO Wreck Card.

Name - John William Pritchard
DOB - 3rd March 1877
Place of Birth - Enfield, Middlesex
Parents - Thomas and Henrietta
Early History -  John moved from the land and headed north, boarding in 1901 at Gillett Street in Sculcoates, Yorkshire with two other men in the house of a widow and her four children.  The men all worked on the sea, John was listed as a sea fisherman, aged 24.

He married Annie Elizabeth Rapson in the early months of 1903 in Hull.  The couple were recorded on the 1911 census living at 23 Westbourne Street, Hull, along with John’s nephew and cousin.  The couple had no children of their own and John had left his fisherman occupation and worked as a coal heaver.

Service History - John enlisted with the Royal Naval Reserve on 4th September 1914 in Hull and was mobilised before he received any training, but given his previous sea experience he was unlikely to need anything extensive.  He was recorded as 5’8” tall with blue eyes and a dark complexion with his address given as 63 Harrow Street, Hull with his wife Annie.
He joined the vessel “Bianca” on the 9th September 1914 and was discharged from “Leander” which was tendered under Bianca, two months later in November 1914.  John joined the trawler Neath Castle on 23rd January 1916 until he sadly drowned when the ship collided with the Dutch liner SS Rijndam. John is remembered on the Chatham Naval Memorial.

His pension was awarded to his widow Annie, as were his Star, Victory and British war medals following his death.