The steel trawler Pitstruan was built by A. Hall & Co Ltd, Aberdeen in 1913 for Don Fishing Co.


On the 13th April 1917 HMT Pitstruan approached a number of Drifters that had discovered two floating mines off Noss Head Wick, Caithness.  One mine was destroyed by gunfire and as HMT Pitstruan was about to destroy the other when a third, unseen mine, was  struck, breaking the vessel in two.

​The Skipper Lt Cecil George White and a Deck Hand were the only survivors. Eleven other crew were killed in the explosion.
HD 1917/1366

In accordance with your memorandum No 17, we have the
honour to report that we have this day held a full and careful
enquiry as far as circumstances permit into the loss of
H.M. Trawler Pitstruan and find the no blame is attributed to
anyone.
Lieutenant White R.N,R, Commanding Officer was carrying
out his orders  escorting the Trawler ''James Pitchers'' to the
southward - when he heard firing and sighted two trawlers
between himself and the land. Having ascertained that there
was no officer onboard these trawlers he took charge of the
operation  of sinking two mines on the surface in the course
of which the ''Pitstruan'' was blown up by a third mine which
was not watching.

We consider  Lieutenant White R.N,R was justified in
considering the two mines sighted to be detached and
drifting, both by the report received from the ''Lapwing''
and the fact they were on the surface.


We hare the  honour to be,

Wreck first dived by divers off the MV Karin in 1999. Below is the report on the wreck submitted to the UKHO.

''DIVED IN 5827.90N, 0259.55W [WGD] USING GPS. APPEARS TO BE THE WRECK OF AN ARMED STEAM TRAWLER. WELL BROKEN UP AND LYING IN WHAT SEEMS TO BE TWO PIECES. THERE IS A SMALL DECK GUN LYING ADJACENT TO THE BOILER AND THE BOW SECTION IS GENERALLY FLAT. THE AFT OF THE BOILER IS A TANGLE OF ENGINE REMAINS AND CONDENSER PIPES BEFORE A FUTHER PIECE OF HULL BECOMES APPARENT. SEABED FINE SAND. STANDS PROUD BY 4MTRS'' 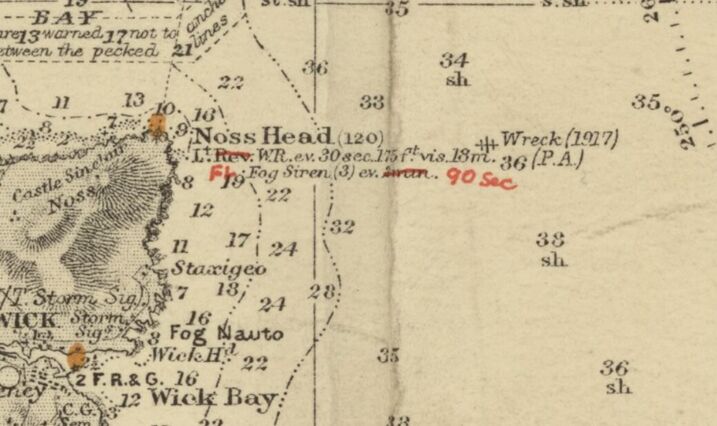 The wreck plotted on chart (1917) (PA) Position Approximate (UKHO)
UC 76
​
The mines had been laid by UC 76 (Wilhelm Barten)  earlier that day. Subsequent mine sweeping appears to have accounted for six other mines in the area as shown in the Bi Monthly minesweeping reports (ADM 116-1516). 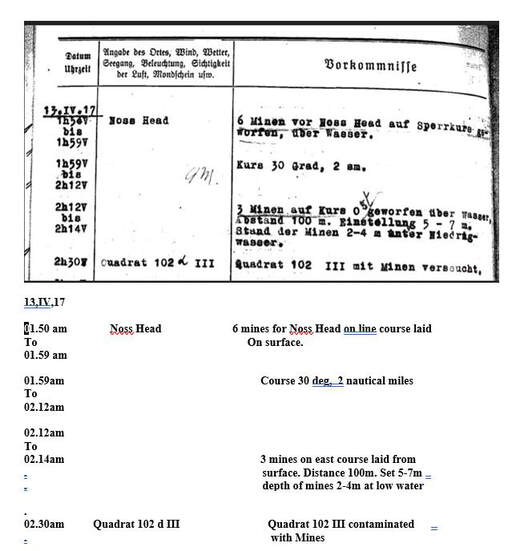 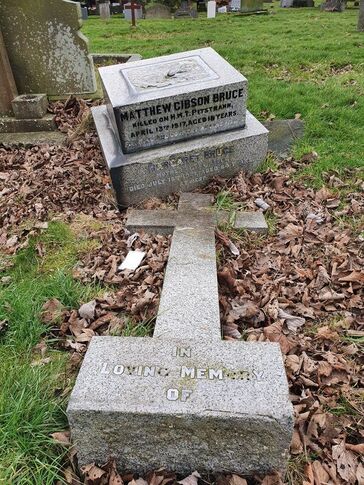 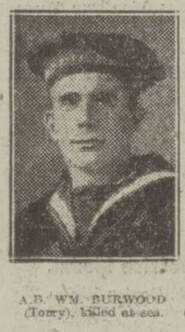 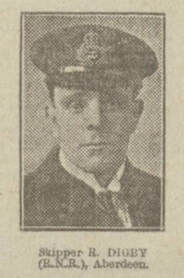 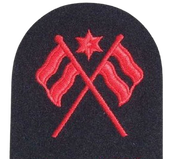 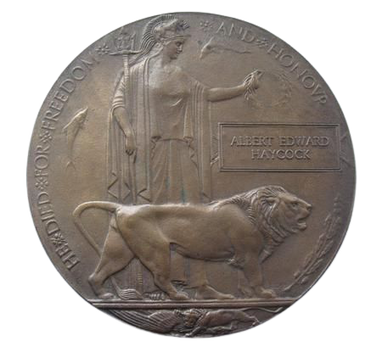