Men Lost: 25
​
Armament: 1 x 12 pdr & 1 x 6 pdr
The steam trawler Robert Smith was built by Hall A. & Sons Ltd. - Alexander Hall, Aberdeen in 1915 for the Aberdeen Pioneer Steam Fishing Co. Ltd and registered in Aberdeen A353. Hired by the Royal Navy as a patrol vessel.

HMT Robert Smith was working with the 10th cruiser Squadron and was last reportedly seen by HMT Offa II (No 1406) at 3.30 am on 21st July 1917 in position 59 14N  09 40W. The vessel was then lost without trace with no confirmed reported reason for the loss.

It is not known what happened to HMT Robert Smith but it is thought the trawler was most likely sunk by gunfire from U-44,
(Kapitänleutnant Paul Wagenführ).

U-44
​U-44 did not survive the patrol being rammed sunk off Norway by HMS Oracle with the loss of all the crew on 12th August 1917 so there is no KTB to confirm events.

​U-44 had a meeting with U-84 off North Hebrides on the 8th August 1917, while on the return journey to Germany, and had communicated that four vessels had been sunk.

Two large steamships, one of which was a Q ship. Post war assessments showed these were the 2,095 ton ''Q' ship Bracondale, and the 2,200 ton Norwegian steamship Thorsdal.

Also reported was a sailing vessel, which was the American 132 wooden schooner John Hays Hammond, and a patrol vessel had been sunk by gunfire.

​The patrol vessel was most likely the HMT Robert Smith.
The Crew   (research into the crew ongoing) 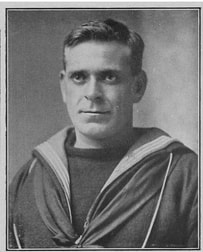 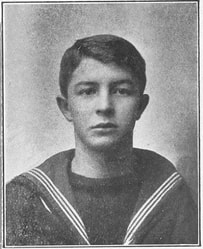