​Hired by Admiralty and put into service during April 1915 as an auxiliary patrol vessel. Many books and websites have vessel name as HMT Rolulu.

Could this reference be for Obe Rocks, Scarp, South Harris ? Further research ongoing. 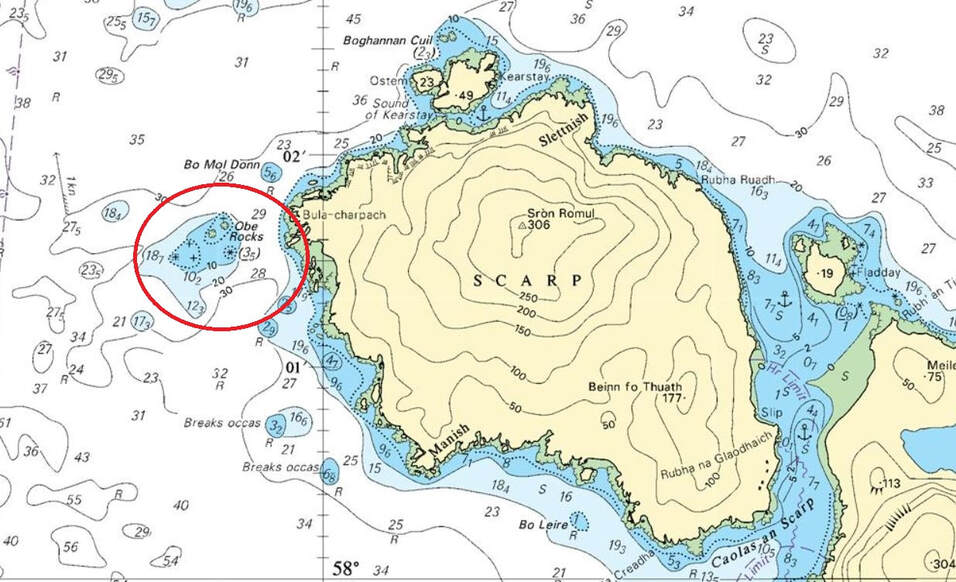