The explosion at Lerwick on Monday was even more serious in its effects than early accounts led one to expect. It was one o'clock in the afternoon when the disaster happened—the worst calamity that has ever befallen the town. Next door to a store of explosives, a fire broke out mysteriously. Several men tried in vain to put out the flames, but the authorities, realising the danger, wisely ordered everybody off the scene—only just in time, otherwise there would have been even more deaths. Every building in the town was shaken by the concussion, the sound of which was heard six miles off. Many buildings are seriously damaged, including the fish market, the Customs House office, and the Convener of the County's residence, and there art endless proofs of the force of the explosion. Immediately below the spot where it occurred there is an enormous hole in the solid concrete. The whole neighbourhood is a mass of wreckage, and telephone and telegraph wires were blown to pieces. Help for those at work at the store was immediately available. Willing workers carried the dead and wounded through the streets to the hospital. The local doctors and nurses rendered heroic service to the injured, working until they almost dropped from sheer exhaustion. Judging from the scattered debris and the force with which wood and iron were driven into walls and dykes, it is miraculous that the death-roll is not far heavier. Great credit is due to the authorities for the manner in which they dealt with the situation before and after the explosion.

KILLED AND INJURED.
The Press Association's Lerwick correspondent telegraphed the following list of killed and injured : 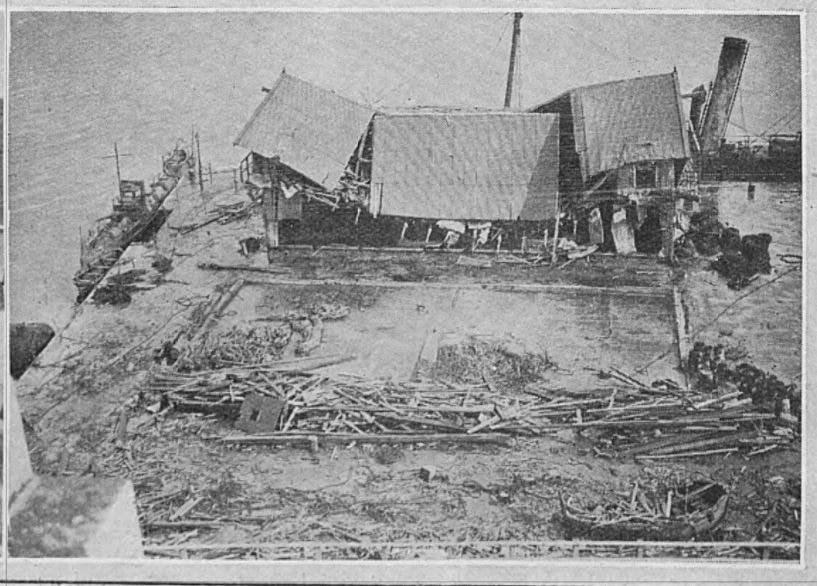 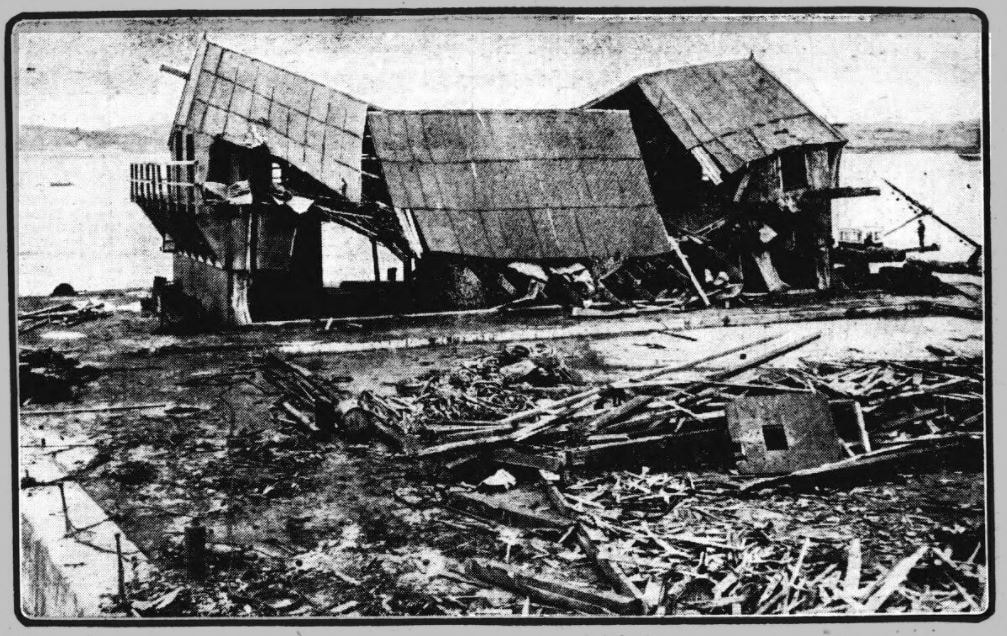 Site of the explosion with damage to surrounding buildings. 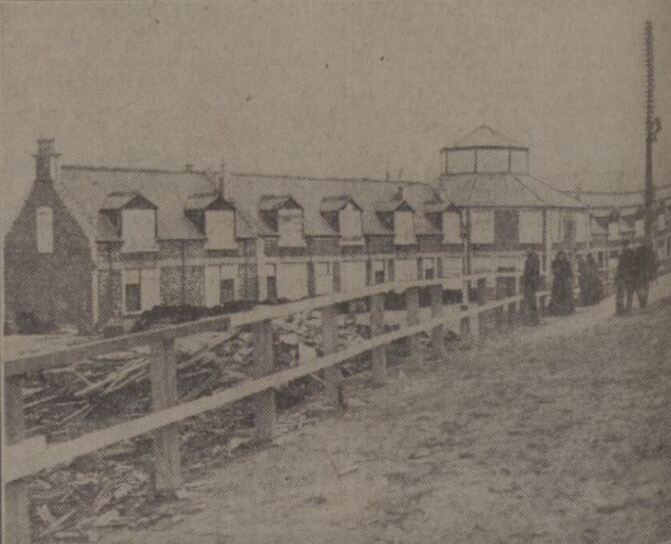 Lerwick Fish Market with every window boarded up after explosion broke them all.

Photo of the wrecked room in the Granson house on Harbour Street. Mr Granson's son holding a large piece of timber that narrowly missed him.
Western Gazette - Friday 16 April 1915

MANY LIVES LOST, the result the blowing up of some explosives in a store at Lerwick Monday afternoon, four men and boy have been killed, and forty persons, it is believed, were injured. The explosion followed upon a fire which had broken out in an adjoining store. _ Several men made an attempt extinguish the fire, but the authorities, who were fully alive the danger of anyone remaining near the building, promptly gave orders to those fighting the fire leave the locality. pedestrians were also warned away, and though the explosion followed too quickly for all escape, many lives were saved by this timely warning. The victims were conveyed to the the hospital, and two doctors and nurses worked heroically in ministering the many sufferers.

Windows everywhere were shattered. So violent was the explosion that it was heard six miles away, and many buildings are seriously damaged. Some idea of the force of the explosion may gathered from the fact that wood and iron debris were driven into walls and dykes. Harbour-street was wrecked, and the fish market in the neighbourhood of the store was completely gutted.

Lerwick, beside being the chief port and county town of the Shetlands, is one of the chief stations in Scotland for the Royal Naval Reserve, and is a great herring fishing centre. It is on the East coast of the Island of Mainland, and fronts on to Bressay Sound, a narrow seaway between Mainland and Bressay. The population of Lerwick is over 4,000, more than one-seventh part of the population the thirty-odd inhabited islands forming the group. _

INQUIRY STILL PROCCEDING. the House of Commons this afternoon, Dr Macnamara Informed Mr Wason that the inquiry into the Lerwick explosion Is still proceeding. The question of compensation is being considered, but the is not exactly the same as that of Scarborough.
Lerwick Cemetery 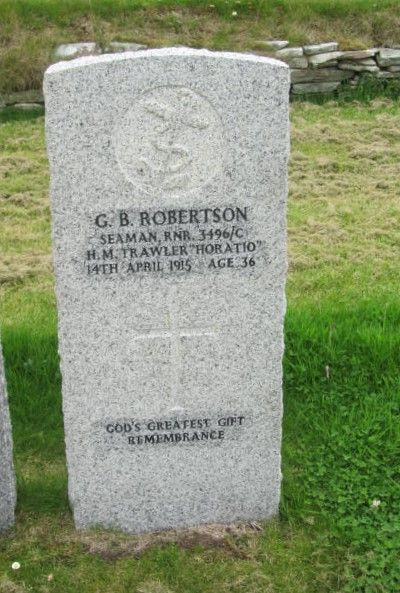 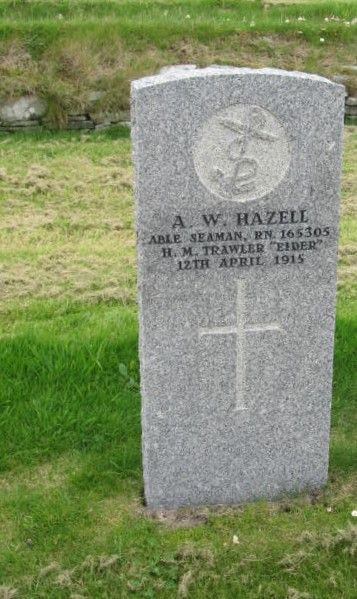 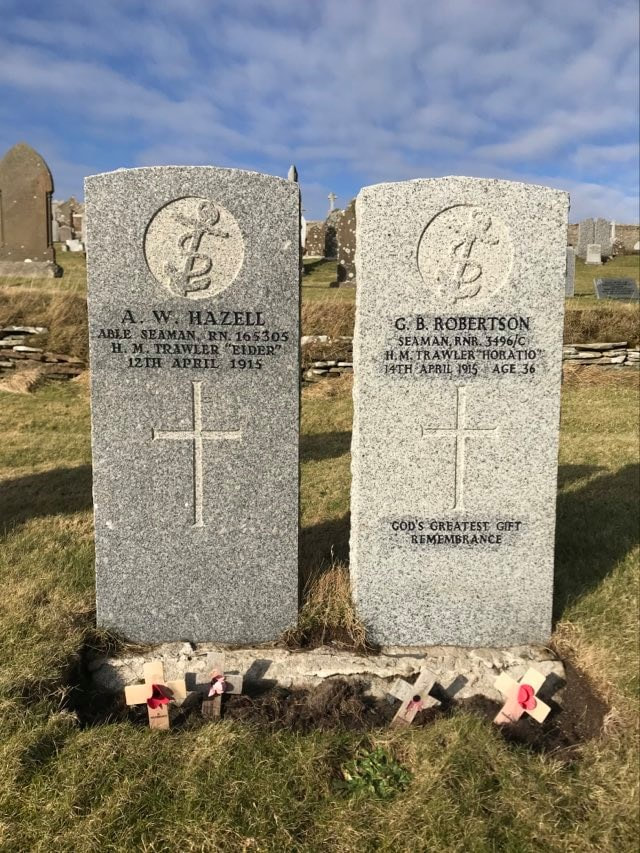 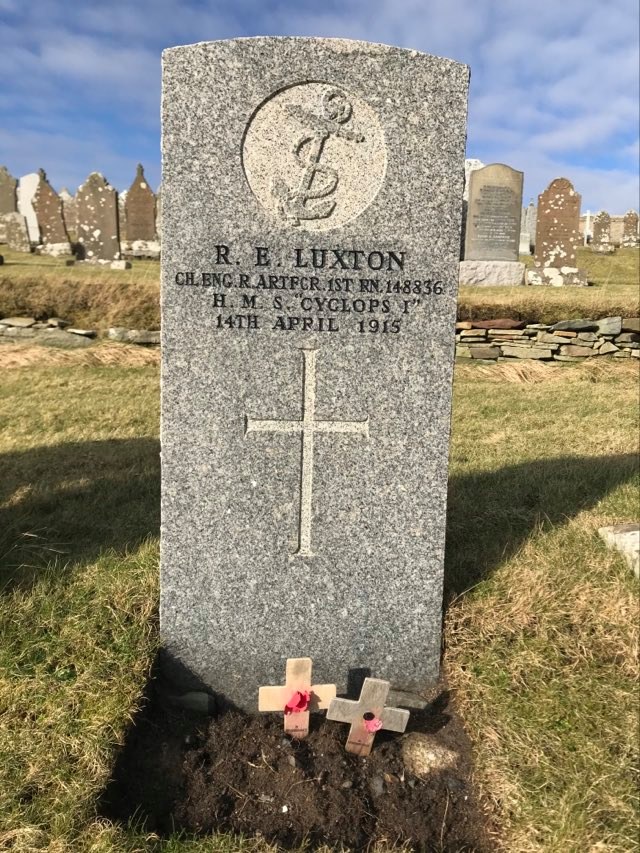 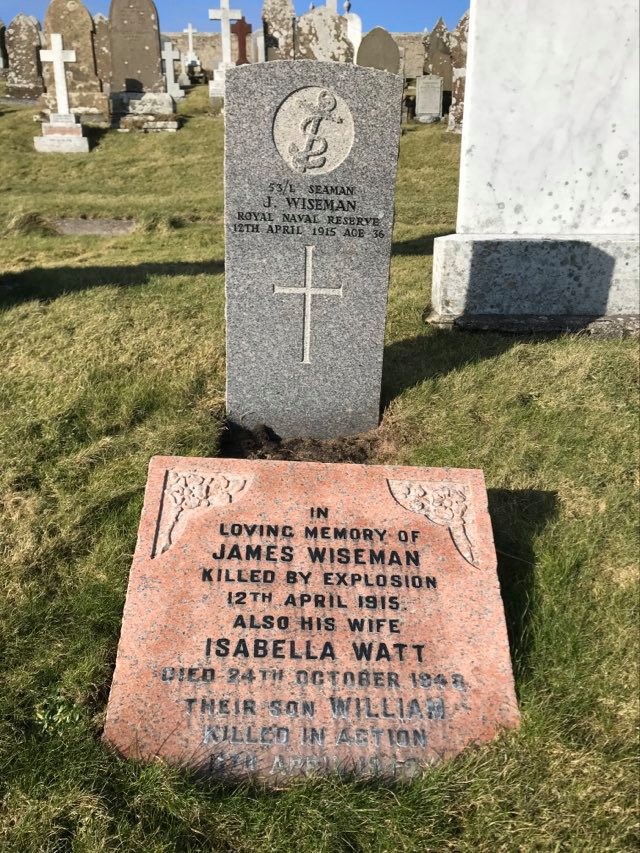 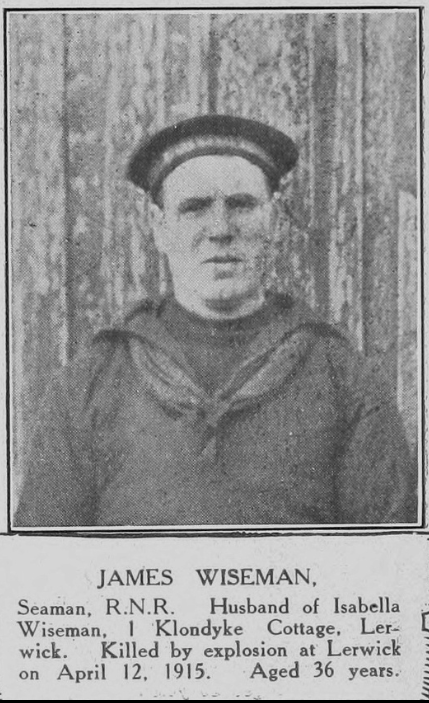 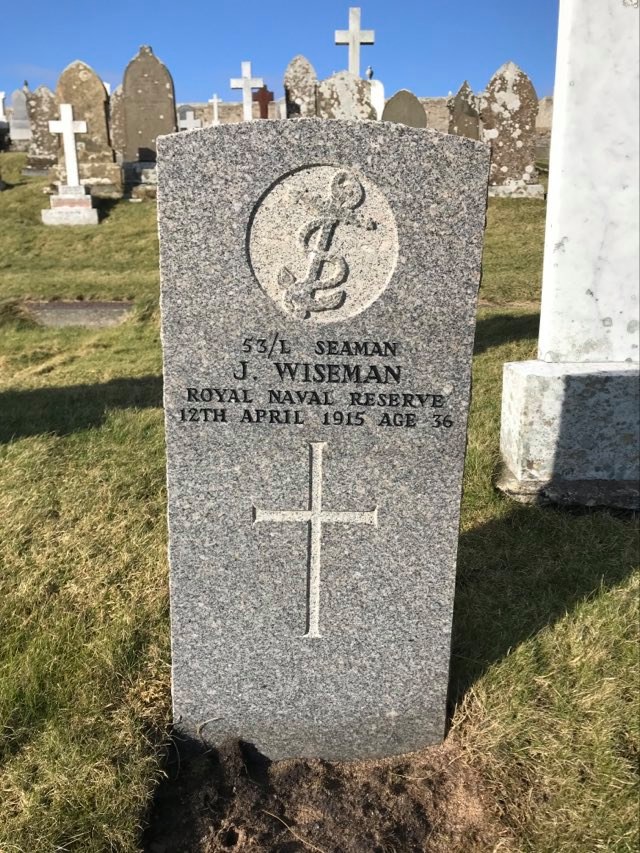 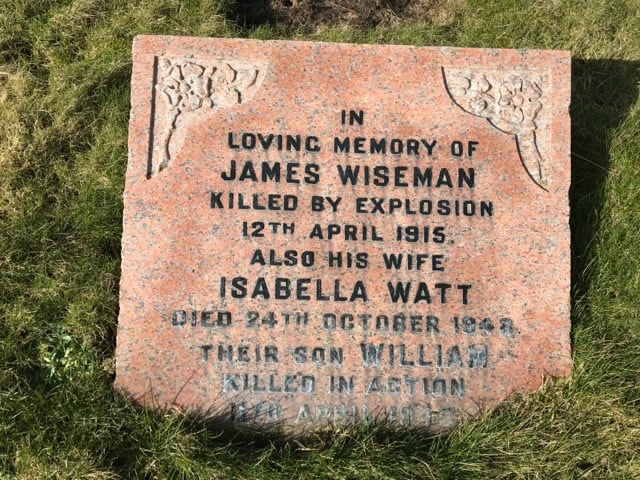