​It is feared that two aviators, belonging to the naval wing the Royal Flying Corps, have been lost in North Sea. Lieutenant Vernon and Lieutenant Ash proceeded for a short flight in a hydroplane on Tuesday afternoon, but did not return, search was made on Wednesday, but no trace of the aviators or the machine could be found. The weather was stormy both before and after the flight, but was moderate when they started.

​It is feared that two airmen belonging to the naval wing of the Royal Flying Corps have lost their lives. About four o'clock on Tuesday last week Lieut. Henry D. Vernon and Lieut. Basil D. Ash left on a hydroplane for a short flight intending to return before dark. The weather was moderate when they started, though it had been blowing strongly earlier in the day. Their flight took them over part of the North Sea. As they did not return search was made the following morning both by aeroplane and steamer, but no trace of the airmen or of their machine could be found.

Lieut. H. D. Vernon, who has been missing since Sept.30, when he left Kirkwall for seaplane flight, entered the Navy in 1901, and became a Midshipman on June 15, 1903, a Sub-Lieutenant on Feb. 16, 1907, and Lieutenant Oct. 1, 1909. He retired on April 20, 1910, but was reinstated on the Active List in January, 1913, on being appointed for instruction the Central Flying School. On April 17, 1913, was graded Flying Officer and appointed to the Eastchurch School, where he remained until the outbreak of war, when he was appointed for special service with group of other naval airmen under Flight-Com. D. A. Oliver.

Lieut. B. D. Ash, who has also been missing since Sept. 30, entered the Service in 1906, and was rated Midshipman on Jan. 15, 1907. He served in the Dreadnought for two years, and in other battleships, being made Sub-Lieutenant on May 16, 1910. He took firsts in seamanship and torpedo in his examinations for lieutenant, which grade he reached on Oct. 1, 1912. After year in the Espiegel in the East Indies, he joined the Central Flying School in January last, and on April 29 was graded Flying Officer and attached to the Isle of Grain Air Station, being transferred for special service on Aug. 15.

NAVAL FLYING FEATS. THE WORK OF THE AIRMEN IN THE WAR. The latest exploit of the Navy's airmen renders opportune a review of the doings of the Royal Naval Air Service, since the outbreak of war. As it was reported at the time that two officers, Flight-Lieutenants Vernon and Ash, R.N., had been lost at sea while on a seaplane patrol from Kirkwall, it cannot now be dangerous to state that very early in the war, force of seaplanes and of land-going aeroplanes were sent to do patrol work.
​
​
​
Gloucestershire Echo - Saturday 13 February 1915

So far as known, four officers of the Naval Air Service have lost their lives. Two Flight-Lieutenant's, Vernon and Ash. were lost at sea while on a seaplane patrol from Kirkwall, soon after the outbreak of war.' The other two, Flight Lieutenant Beevor and Lieutenant Lord Annesley, disappeared while flying across to France. 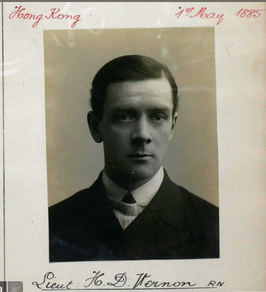 He was described by superior officers as zealous and capable.  He had a “good physique” except for an old wound - “a smart officer always dresses well but rather inclined to be extravagant”.
For specific reasons not mentioned in his records however, he was found unfit for further service following 3 months recovery at Haslar Hospital from 20th January 1910.  He was retired from the Navy on 20th April 1911 and it seemed for a while that that was the end of his career.  He completed and signed the 1911 census for himself, his wife, new-born daughter and two servants, living at,14 Lauderdale Mansions, Paddington, London, citing “a retired naval officer” as his previous occupation.

On 30th July 1912 he applied to join the Royal Flying Corps where he was assessed by the Medical Doctor and found fit for service on 15th August 1912.  He was officially reinstated to the Navy on 15th November 1912 and 10 days later requested to be allowed to obtain the Royal Aero Club Certificate at the Naval Flying School, Eastchurch.  He was advised to gain this certificate at a private aerodrome, which he did in a Bristol Biplane at the Bristol School, Larkhill, Salisbury Plain on 21st January 1913.
He was then attached to HMS PRESIDENT , as a Lieutenant, for an aviation course from 17/01/1913 to 16/04/1913 before joining HMS ACTAEON as a flying officer.  He departed on the 14th August 1913 and joined HMS HERMES, for the Firth of Forth Naval Flying School the following day, attached until his death. ​ 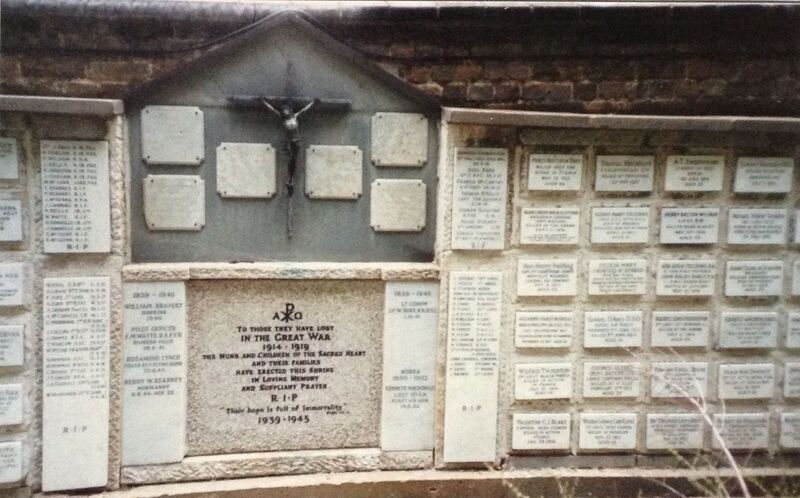 MEMORIAL WALL TO THE RIGHT OF THE MAIN GATE
DIGBY STUART COLLEGE
Sources: 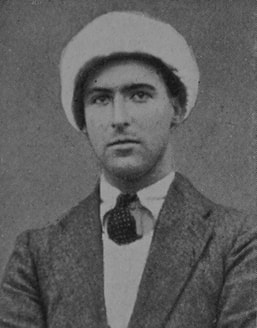 Early History - He is not found on the England census of 1891 so it is presumed he and his family were either still in Australia or on passage to the UK at the time.  By 1901 he was aged 10 and noted as a boarder attending school at Arlington House, on Eastern Road, Brighton.


HMS ESPIEGLE - NOV 1912 - OCT 1913. It was while assigned to PHILOMEL that he voiced to join the Royal Flying Corps and was advised to obtain his aero club flying certificate privately before joining any flying courses.  He did so, passing on 24th January 1914 on a Maurice Farman Biplane at The Farman School, Etampes, France, his certificate granted 20th February 1914/
HMS PEMBROKE/ISLE OF GRAIN NAVAL AIR STATION - 29/04/1914 - Sept 1914.  The naval station received a telegram from the Vice Admiral - Kirkwall reported that he went scouting in Seaplane 77 on 29th September and had not been heard from since - 30th September assumed to be the date of death.
He was awarded the Star, Victory and British war medals following his death, which were claimed by his father and was mentioned on the Chatham Naval Memorial.

Lieutenant Basil Drummond Ash, R.N., of Saxton, Yorkshire, and of Kirkwall, Orkney, who was lost with his Majesty's seaplane No. 77, on September 30th, left unsettled property valued at £133.
​Sources: 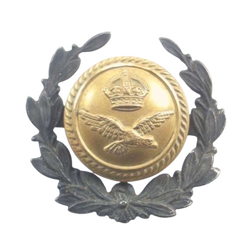