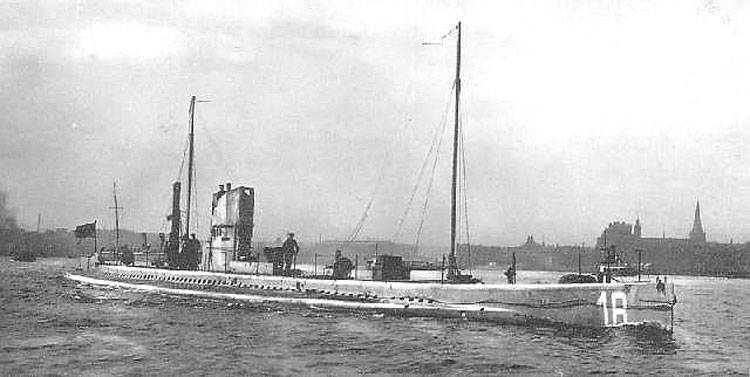 Complement:   officers and men.
​
Armament: ​​4 T.T., (2 bow/2 stern, 6 torpedoes, 1 x 105mm deck gun
​
The U 18 was one of at least three U –boats known by the British to be operating in the waters around Orkney late in November 1914, the other two being the U 16 (Kapitanleutnant Hansen) and the U 22. It was due to the sighting of U-boats around Orkney, and the fact that the defences to Scapa Flow were not yet in place that the Admiralty took the decision, on the 22nd November to sail the fleet from Scapa Flow to ports on the East Coast of Scotland. It took the sinking of U 15 off Fair Isle in August 1914 to show the Royal Navy the real threat that Submarines now posed to the Fleet at anchor in their main North Sea Harbour. Until then no one believed U-boats had the range to venture that far into the North Sea.

On the 1st September 1914 an incident took place which went to show how seriously the Admiralty took the threat. A lookout caused a scare when he believed he saw a periscope in the harbour area, the fleet put to sea in a great hurry, some ships even firing their guns at what they thought to be periscopes. In fact no U-boats had entered the Flow and the whole episode became known as the ‘’First Battle of Scapa Flow’’. There was a repeat performance just six weeks later, significant enough to show how seriously Jellicoe now took the threat to his ships in what was still a very un-secure anchorage.

On 14th November 1914 the U 18 set off from her base in Heligoland to patrol the waters off the Orkney Isles. On the night of the 22nd from a position SE of the Islands Kapitanleutnant Von Henning, commander of  U18 noticed searchlights in the direction of Scapa Flow and thinking the fleet was in Harbour decided to make an attack on the anchorage itself. As the U 18 approached the Pentland Firth the crew were surprised to see the Pentland Skerries lighthouse lit, they were not to know but this was to aid the Fleets evacuation from Scapa that night.

When level with the Skerries, with batteries full, the U 18 dived to enter Hoxa Sound. At 11 am, aided by the strong tides and the fact that the Boom nets were open to allow a Steamship to pass the U 18 entered Scapa Flow. Von Henning raised periscope, but to his disappointment noticed that the anchorage of Scapa Flow to be empty.

11.20 am.  As no worthy targets were in Scapa Von Henning decided to make his way back out through the Hoxa Boom and out to open sea. At the entrance to Hoxa Sound the U 18's periscope was spotted by the examination steamer Tokio, who raised the alarm, the whole patrol were now looking for him. To negotiate her way back out into the Pentland Firth the U- 18 had to keep coming up to periscope depth. Von Henning did this once too often.

12 10pm.The minesweeper No 96, which in peacetime was the Aberdeen trawler Dorothy Gray (ex A212), was patrolling the entrance to Hoxa Sound when the skipper Capt. Youngson RNR noticed a periscope 1 ¼ miles off Hoxa Head, and took the only action open to him and rammed the U-boat. The Dorothy Grey lifted three-foot in the air; the excited crew seized anything handy to throw at the Submarine in a vain attempt to damage it.

The U-boat was thrown on its beam-ends, her steering gear and Hydroplanes were damaged and periscope bent over at right angles. Von Henning seemed in a hopeless position with a blind, half-crippled submarine but again the U 18 dived still trying to make the open sea.
See-sawing up and down, unable to maintain her depth the U 18 struck the seabed so hard that it sent her once more to the surface.

HMS Garry  answered a rather ecstatic signal sent by Dorothy Grey and proceeded to Swona.
U 18 dived once again this time hitting the seabed in 230 feet. The Forepart of the U-boat was badly damaged, but Von Henning still tried to slip away - a short while later she struck another rock and this time she struck so hard she damaged her props and a fire started in the battery room.
​
The situation was now grim for the U-boats crew.  Von Henning only had one choice left to him and that was to surrender.
All tanks were blown and the U 18 came to the surface, the crew climbed on deck and raised the white flag and fired star shells into the air. The U-boat had been spotted on the surface by the Brough Ness lookout and duly reported. The lookout was an Orkney Territorial, Robert Wilson who when reporting the U boat was asked if he knew the difference between a submarine and a whale, to which he replied ‘’ well, if it’s a whale its got 25 men standing on its back ‘’ 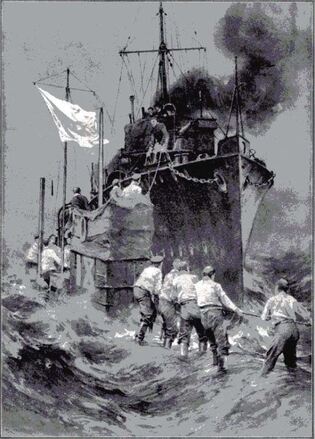 HMS Garry rescuing crew from U-18
​Two destroyers, the HMS Erne & HMS Garry were soon closing on the U-boat whereupon Von Henning gave the order to scuttle, and seacocks were opened. As the destroyer Garry came alone side the U 18 Sank.  Three officers and 23 of the crew then swam to the Garry and were taken prisoner, one crewman drowned. The circumstances surrounding the loss of the U 18 were kept secret in the hope that the Germans would believe she fell foul of the Scapa defences which were in fact still 9 months from completion.

The next Day the U 16 entered Scapa Flow through Hoxa Sound but seeing the Fleet Had sailed slipped back out without being spotted. U 22 also tried to enter but due to a defective engine could not fight the tide and had to retire. These were the last U-boat attacks on the Flow itself until the tragic UB 116 attempt in 1918. 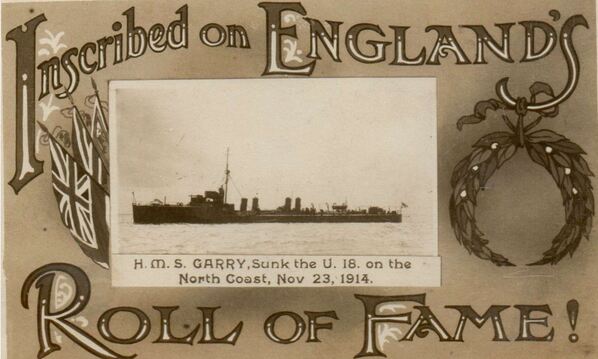 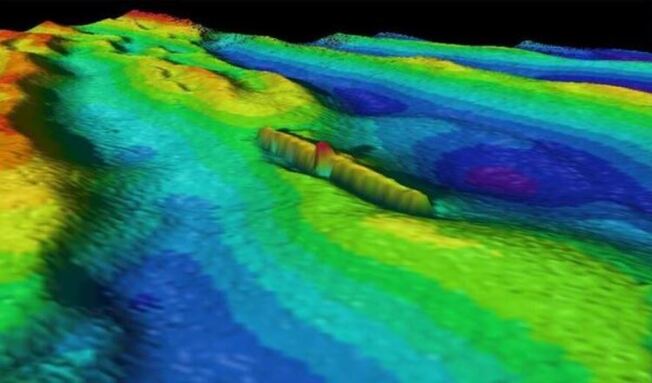 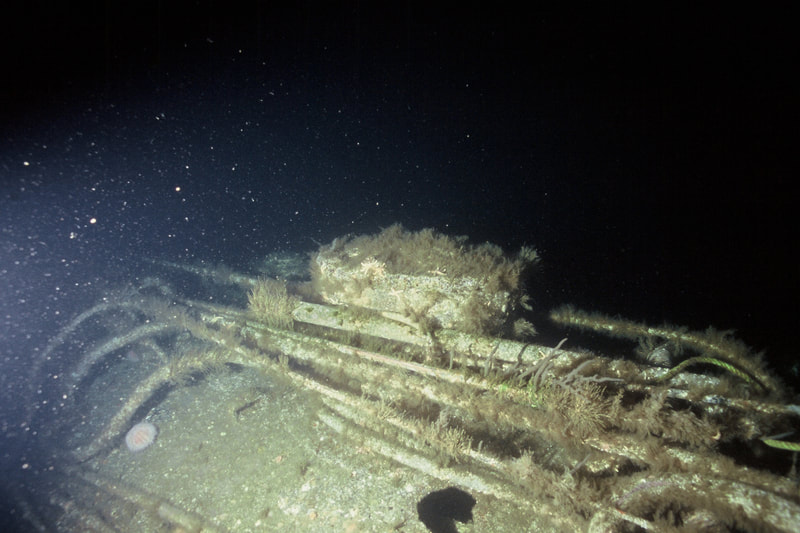 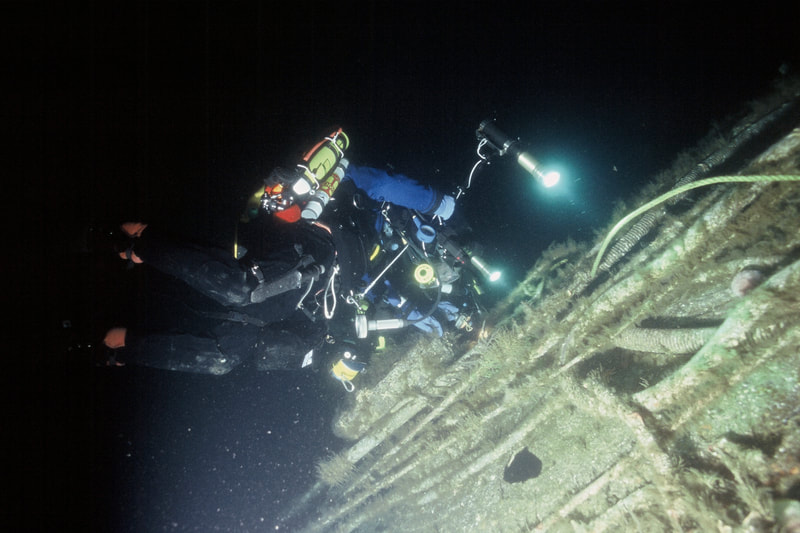 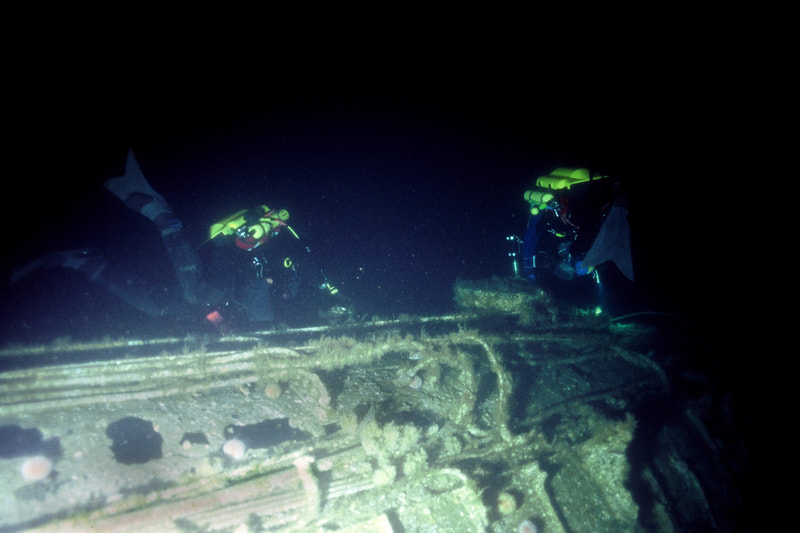 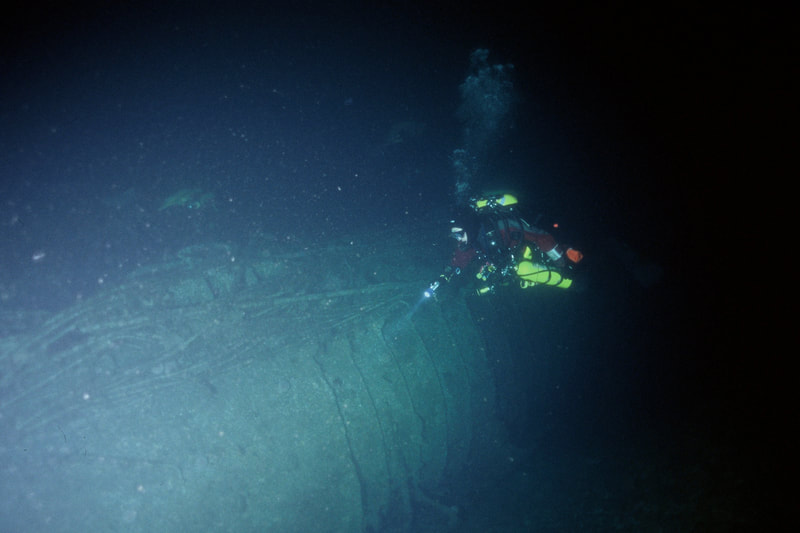 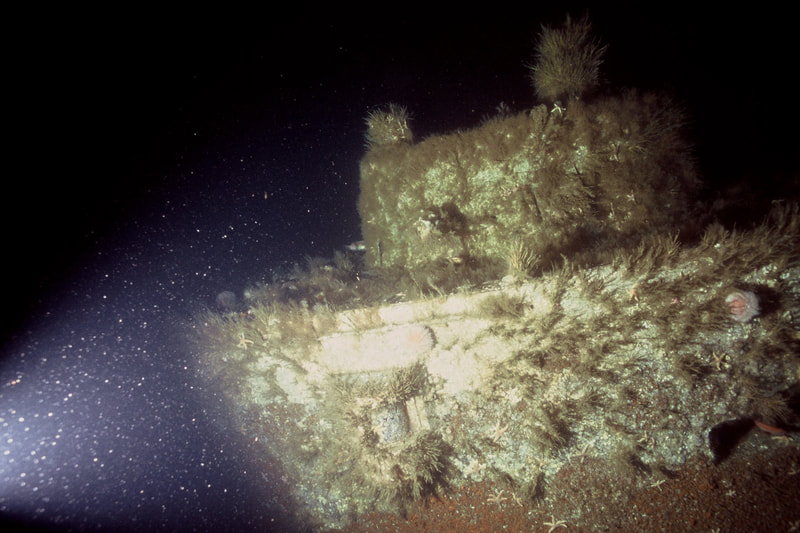 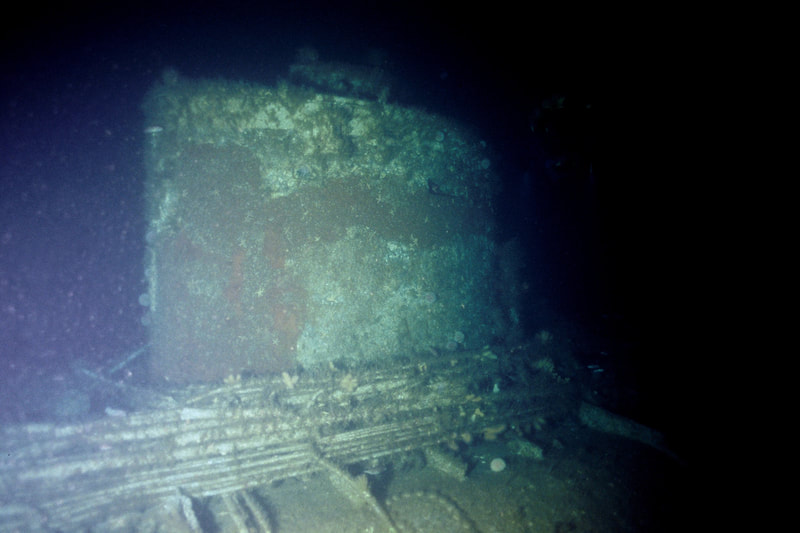 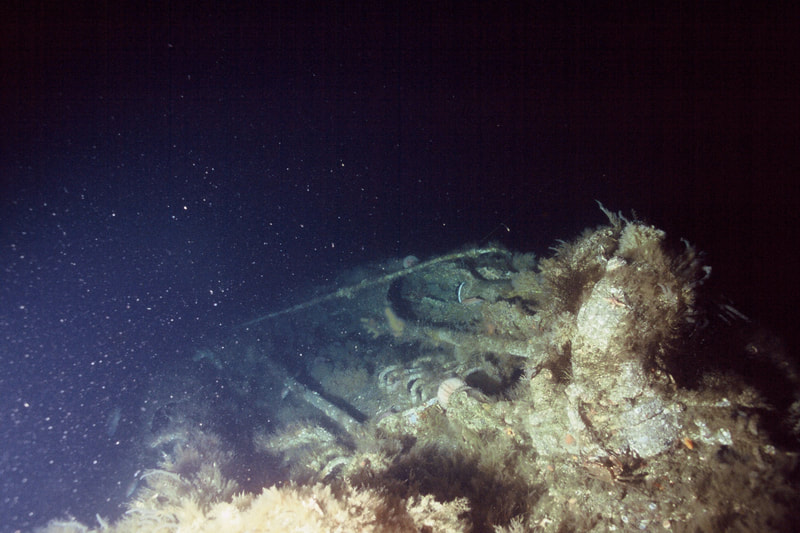 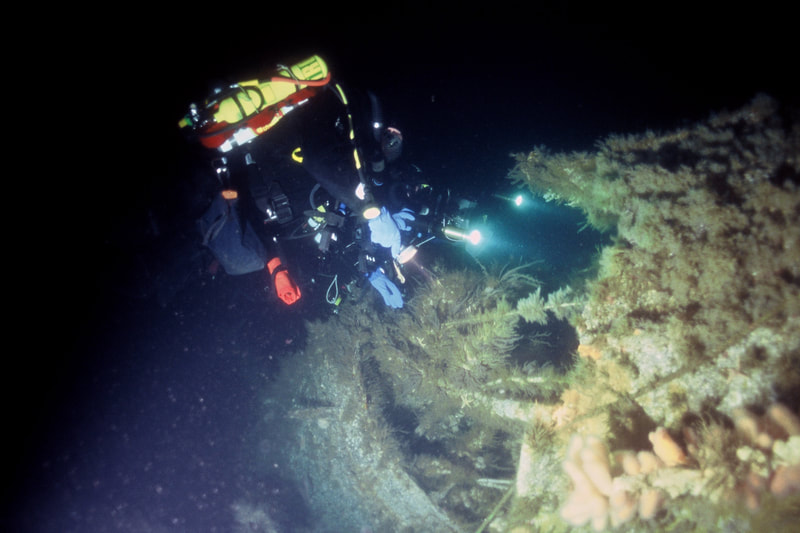 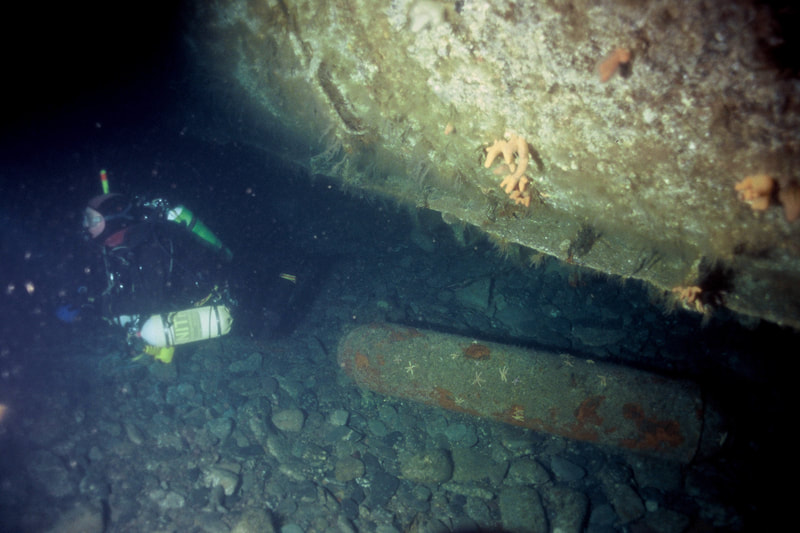 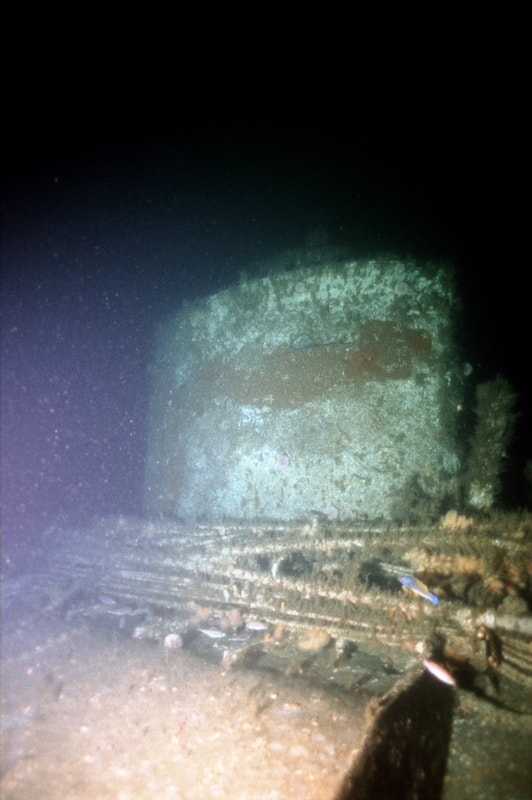 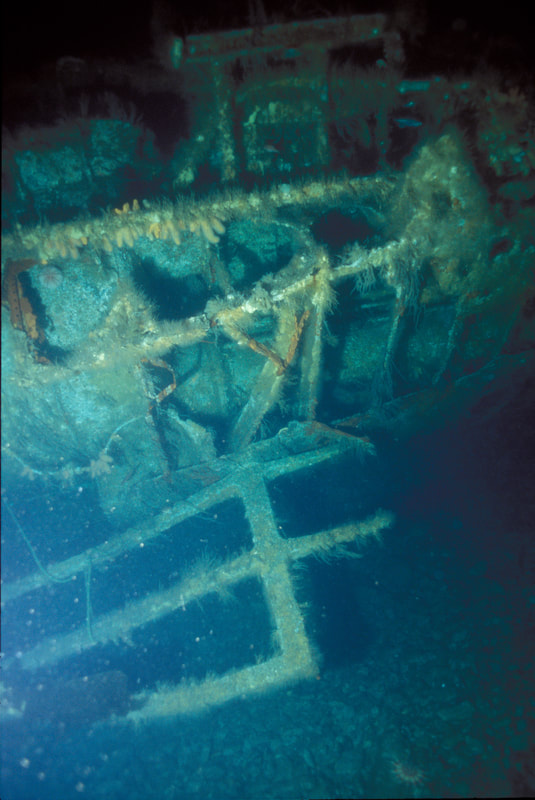 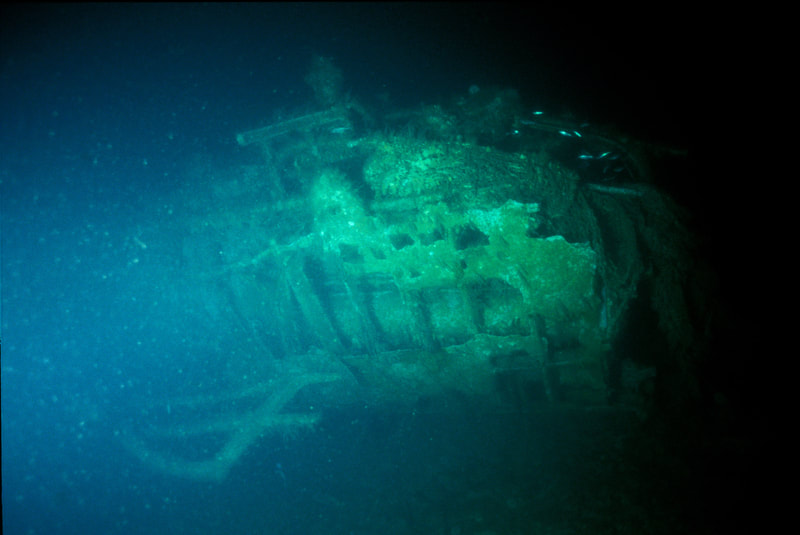 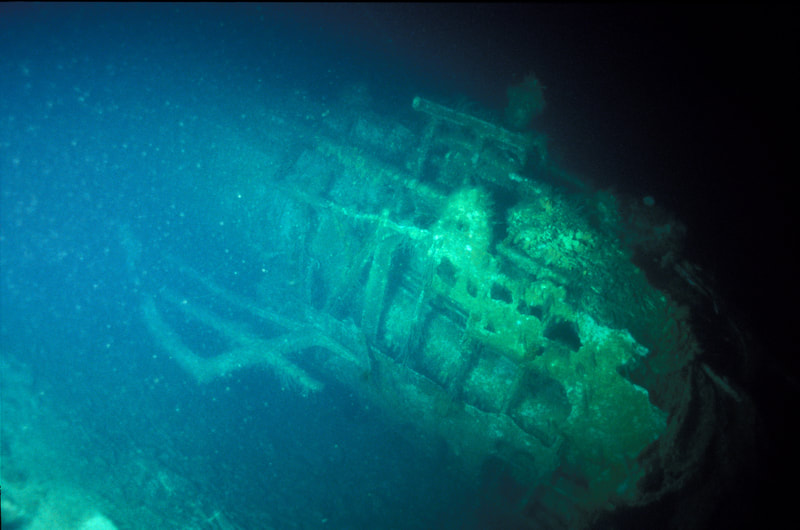 The German crew will not be researched, but will be remembered.
​