On the 24th July 1915 U 36 stopped the merchant ship SS Luise off the island of North Rona. While onboard, another steamship was seen approaching so the U 36 got underway to intercept it.

The ship was the SS (HMS) Prince Charles which was an armed steamship disguised to look like a normal merchant ship. The holds were full of empty barrels so if the ship was damaged it would stay afloat. This type of vessel were known as ''Q'' ships.

U-36 fired a warning shot at SS Prince Charles which stopped and some of the crew looked to be about to abandon ship as would normally happen. This was known as the ''panic party''.  What the U boat did not know is that gunners were still onboard waiting for the U Boat to come close to the ship.

U-36  fired some shells and closed to within 600 meters of SS Prince Charles when the white ensign was suddenly raised and false panels hiding the guns were dropped and Prince Charles opened fire. A number of shells hit the U boat which then began to sink by the stern.

There were 15 survivors, including the commander ​Ernst Graeff. 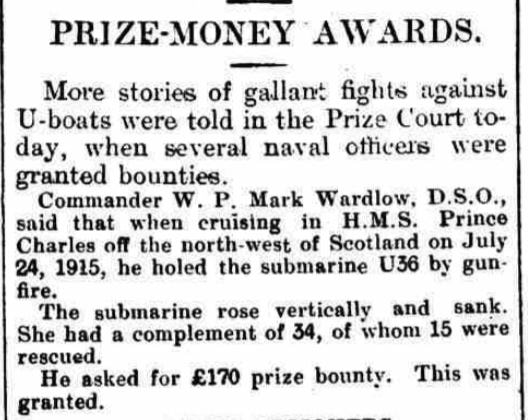 ​In 1981 this area was surveyed and a ''disproving search'' was conducted 7 cables around the above position. No wreck was located. It was an area of featureless sand and gravel. 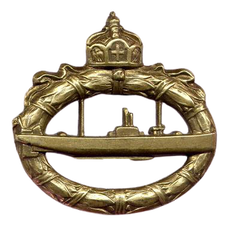 ​
The German crew will not be researched but will be remembered.