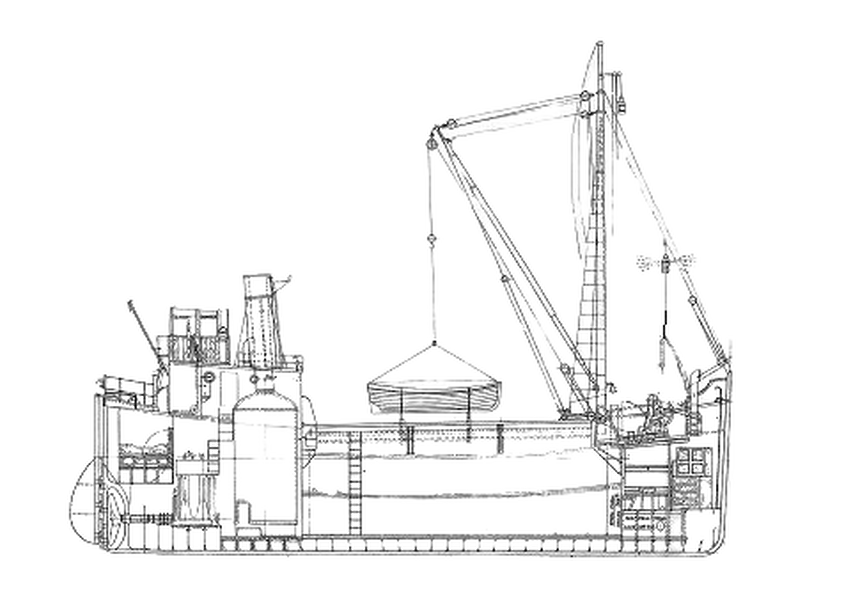 Typical Puffer.
While researching lost vessels off Orkney a document was sourced at the United Kingdom Hydrographic Office that reports a previously undocumented shipping loss off Kirkwall.

Concur with the findings of the Court of Inquiry. Propose to take the action proposed in paragraph 3-X- of the Vice Admiral, commanding Orkney & Shetland submission and defer disciplinary action.  Commander for Hydrographer 23rd August 1918.

(2) We find that the puffer ''Drone'' was sunk as a result of a collision with the northern gate ship of the Kirkwall Boom Defence directly attributed to the unmanageable condition resulting from the voyage down from Lerwick.

(3) We are of the opinion the Lieutenant Goldrick R.N.R of the trawler ''St Elmo'' is to blame in that he did not make any attempt to ascertain the condition of the ''Drone'' and possibly beach her before she sank.

(4) We are of further opinion that he has been considerably harassed the whole passage by the deplorable conduct of the crew of the ''Drone'' This one idea was to go into harbour to get further assistance.

Par 3.The Drone does not appear to have been a very suitable Vessel or sufficiently seaworthy for this journey with such an important cargo on board except in under good conditions of of weather and sea (or?) consider the senior naval officer Northern Patrol now at Buncrana claimed he called on for a report in the matter.

Noted: The ''Drone'' appears to have left Lerwick under favourable conditions of weather which changed without warning. Further action does not seem necessary in that respect.

It is considered  Lieutenant Goldrick R.N.R should be cautioned for his omission to take prompt action to ascertain the condition of ''Drone'' and beach her immediately after the collision.

​D of N  for Hydrographer 14th October 1918.
Logbook of the trawler HMT St Elmo was obtained and has a very detailed account of the events prior to the sinking.

6:30pm - Finished taking on board targets

6:45pm - Slipped moorings and proceeded to sea
​
7:10pm - Passed tow ropes to DRONE and commenced towing moderate wind and swell, fine & clear weather.  The DRONE not under command, owing to her being unable to steer straight.

2:30am - DRONE parted with both tow ropes owing to her steering around so much; towing with 90 fathoms of wire each tow rope.

Unable to get hold of DRONE again until 4:20am owing to darkness, rain squalls and both vessels labouring heavy.

4:00am - Got heaving line across the deck of the DRONE but crew made no attempt to haul it onboard and let it slip.

4:20am - got hold of DRONE and commenced to tow with about 350 fathoms of sweep wire.

5:00am - Parted again owing to the DRONE not making tow rope properly fast and rope slipping.  Made several attempts to get hold of DRONE and as I got my vessel into position to throw the heaving line, the DRONE turned away 8 pts and on one occasion one of the crew of the DRONE told me to F----- off and they would go ashore here (meaning Fair Isle).  At the same time they were heading for Fair Isle with fore trysail set and using engines when I did eventually get hold of her she was only about one mile off Fair Isle.

5:40am - Commenced towing again with about 350 fathoms of wire, towing at about 3 knots owing to DRONE steering so badly and making bad weather of it.

9:30am - Sighted crew of DRONE forward waving a flag; stopped ship and hove tow rope short to enquire what was wrong as I had no other means of communication and the captain informed me that the vessel was sinking fast and that they were abandoning ship and would not remain although I tried to persuade them to as the wind and sea were moderating.  Twice before leaving did the crew make an attempt to slip the tow rope.

10:00am - Commenced to tow again with no crew onboard as I could see that the vessel was settling, towing with 350 fathoms, speed 3 knots to 4 knots.

3pm - Off Hellier Holm Light House, have the tow rope short to 20 fathoms and put my 2nd hand with 2 deck hands on board the DRONE which was settling faster then, the waist of the vessel being awash.  I then commenced to tow gradually working up the speed to get steerage way but DRONE was entirely out of control owing to her condition and tide.

3:45pm - As I got abeam of the boom vessels the DRONE sheered about 4 or 5 pts to starboard and the strong NW stream setting both of us to the northward and she struck the north boom vessel heavily on the stern and holed her own bows and then drifted into the north boom.  I had to open the brake and pay out wire until I got headway off my vessel and then cut the wire to prevent my vessel drifting into the boom, the gate ship slipped his stern mooring and the DRONE drifted among the boom where I could not approach her, having no one on board as everyone had got out when she collided. She sometime after drifted clear and drifted towards the north boom, where a drifter got hold of her and towed her clear, but slipped her again as she finally sank

Chart showing the boom (red line) UKHO
The Vessel
Over 20 hours were spent trying to find details of this vessel. The only Drone in the Lloyds Register is a small wooden vessel in Canada.

Mercantile Navy List 1915
The ''Drone'' is not on any Royal Navy list and it is not known if she was on Admiralty service but is on the WW1 medal registry.  ​

ADM 171/197. Naval Medals & Awards Roll 1793-1972/WW1 Medals & Awards/Warship Qualifications Periods
Wreck
​A small upright boiler with some scattered debris, such as pipes and coal, was found during a survey in Kirkwall Bay. 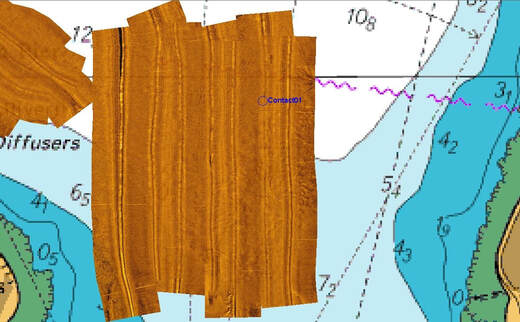 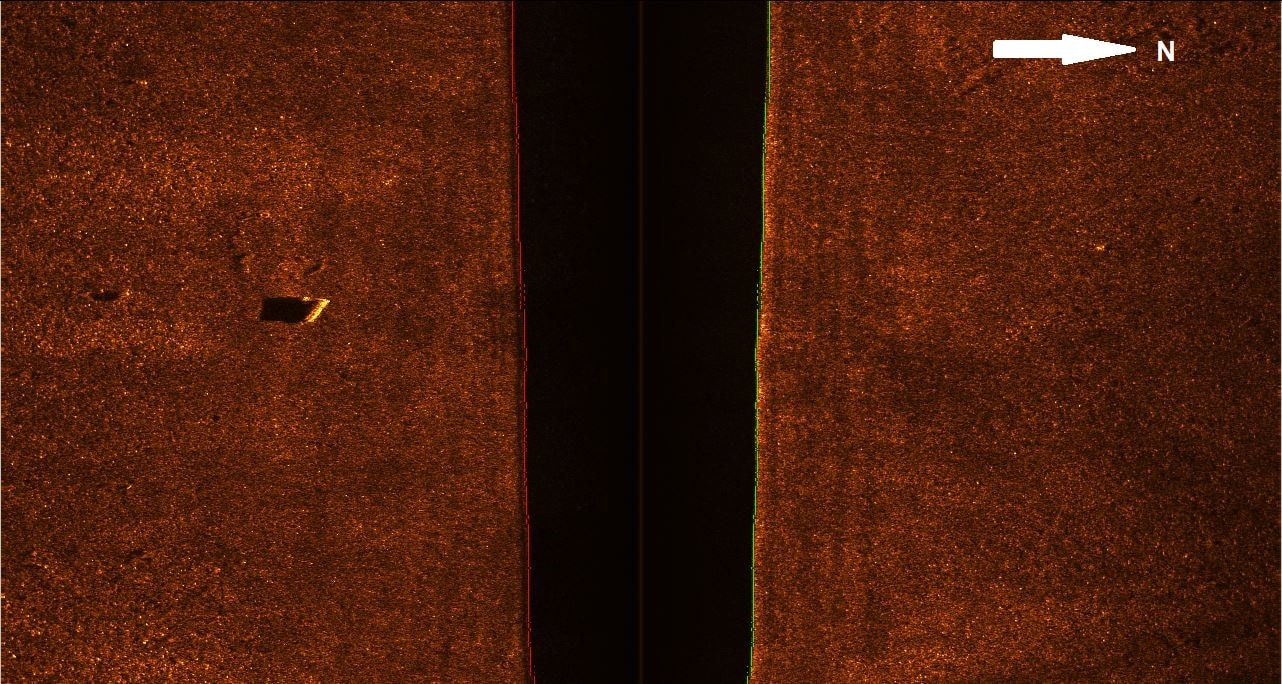 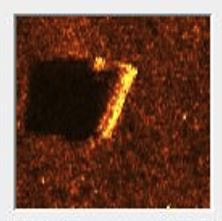 It has not been established if S.P. Drone was built of iron, steel or wood but no hull material is visible around the boiler. A further survey will be conducted soon to establish the extent of the site and try and locate the engine.

The survey shows the area is heavily scarred with anchor marks as Kirkwall Bay was used by warships and merchant ships during both wars and still used by vessels such as liners today.

The boiler is typical of those used in a puffer and it is possible this is part of the remains of S.P. Drone. 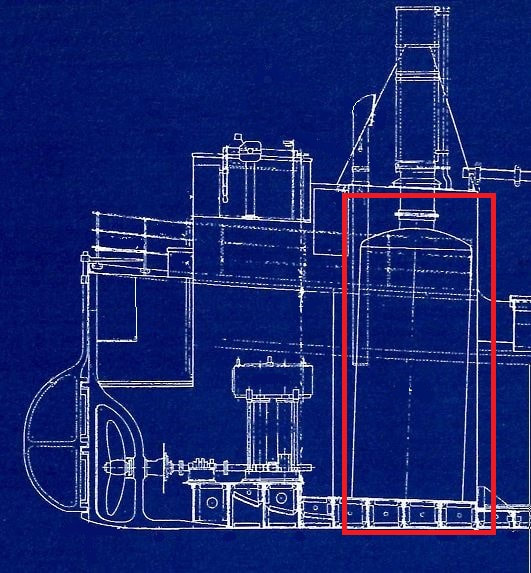 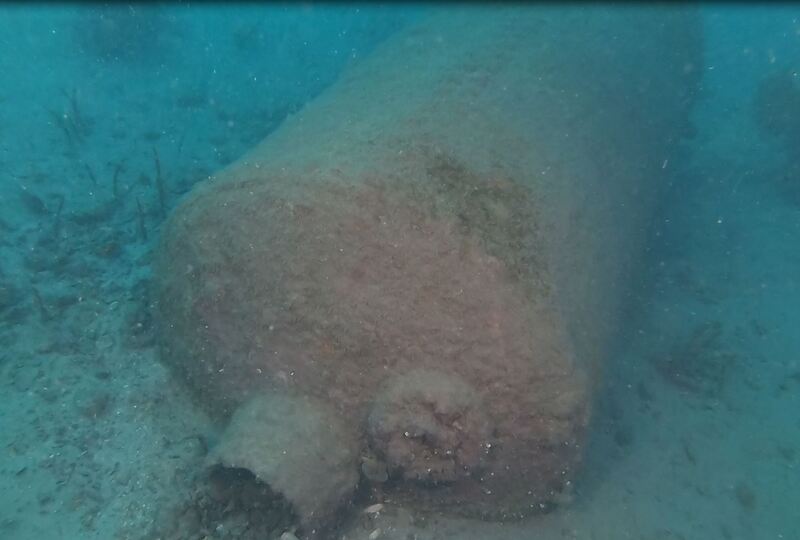 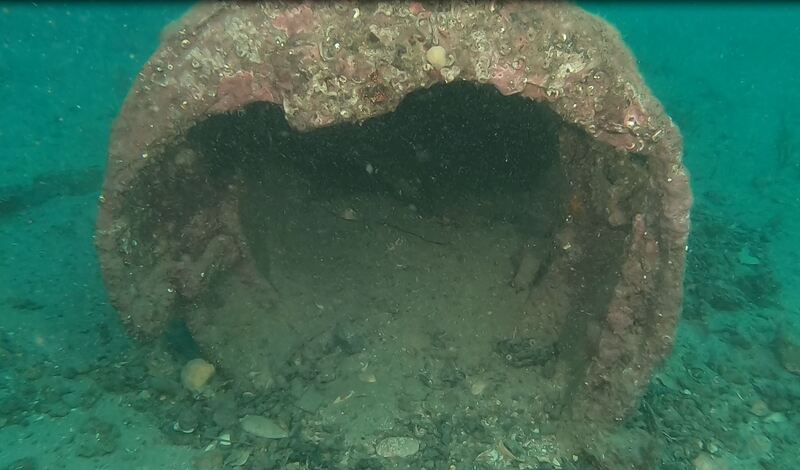