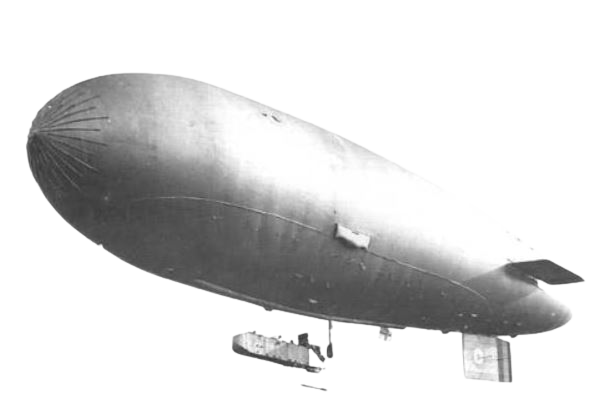 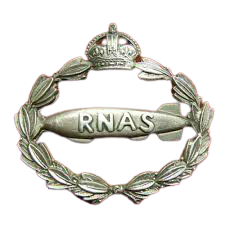 The SSP Airships​
The SSP  ( Submarine Scout Pusher) airship was developed in early 1917 following the success of the Maurice Farman type using a re designed car with a rear mounted 75hp Rolls Royce engine giving a top speed of 52 mph. These engines were later changed for 100hp Green engines. The Car was rectangular, 25 foot long with a rounded nose and took a crew of three and on the bottom was a single landing skid. The 143.5 foot long envelope of the airship had a capacity of 70,000 cubic feet. Only six SSP airships were ever built.
​Airship SSP 4
At 17.00 on the 21st December 1917 the airship SSP 4 left Caldale for anti submarine patrol of the north of the Orkney Isles. The night had a full moon and weather reported as ''favourable''  and it was hoped the airship may catch a U boat by surprise on the surface. The crew for this flight were:


By 17.45 the wind and increased with snow showers and at 17.50 SSP 4 reported that she would be returning to base due to heavy snow. At Caldale the base and hanger lights were turned on to await the airships return.

​At 18.10 a message was received from SSP 4 requesting information on wind strength and direction which was then given as ''wind WSW, 15 to 20 knots''.

At 18.20 a message from SSP 4 asking for a destroyer to be sent to 72K and use searchlight.


18.50 and another request from SSP 4 for weather conditions at base. SSP 4 was told that destroyer had been sent to the position 72K grid square on chart and was asked if they were having difficulties.


SSP 4 then started having communication problems with base and not receiving messages with Caldale although Caldale could hear SSP 4 loud and clear. SSP 4 started communicating through Peterhead.


19.25 message sent saying SSP 4 '' Making no headway, ask Destroyers to search east of Orkney'' It seems now SSP 4 was lost and needing to get a position fix. Both Copinsay and Auskerry lighthouses were lit and destroyers and patrol boats sent out.


SSP 4 the asked Peterhead for a radio fix bearing, ''Bearing from Peterhead 355, no fix obtained''


The lights and flares at Caldale were then put out as it was thought the airship would not arrive back for some hours.


At 21.10 a message was intercepted from SSP 4 to HMS Campania '' Dispatch destroyer at full speed with searchlight to bearing 355 from Peterhead''


At this time Caldale had restored full communication with SSP 4 and the wireless operator said the airship could be no more than 20 miles away from the base.


A message was sent to SSP 4 saying Old Head w/t station was looking for bearing but this message was not acknowledged, in fact SSP 4 never acknowledged any further messages but did continue to transmit messages requesting wind speed and direction information.

Nothing more was heard from the airship and at 01.00 the lights at Caldale were turned off as the airship was known only to have enough fuel to last until midnight.


Next morning the wreck of SSP 4 was found at Tafts on the south shore of Westray but there was no sign of the crew. The confidential papers, charts, a boot, leather jacket and a glove were found still on board. The airship was salvaged and returned to Caldale where a court of enquiry found that the switch was still in the contact position and the throttle still set at full forward and the propeller was very badly damaged so it is thought the SSP 4 hit the water while the engine was still running. The crew may have abandoned the ship thinking it would sink. The crew were never found. 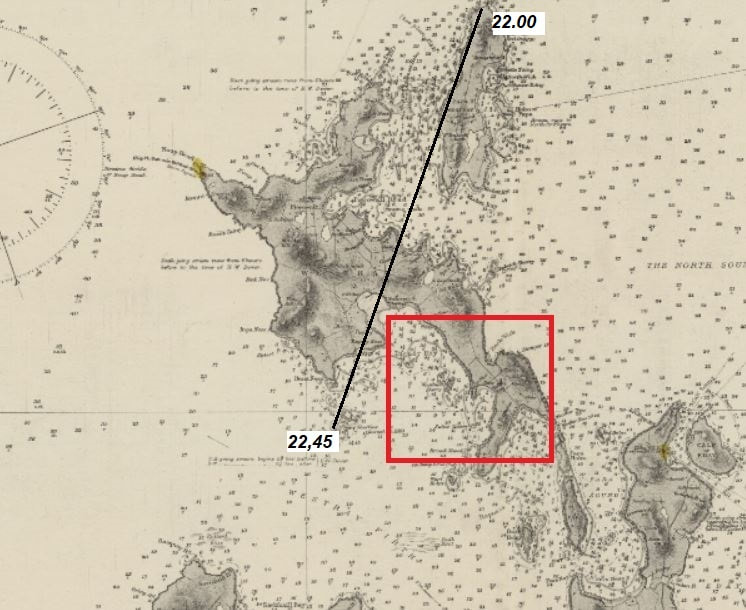 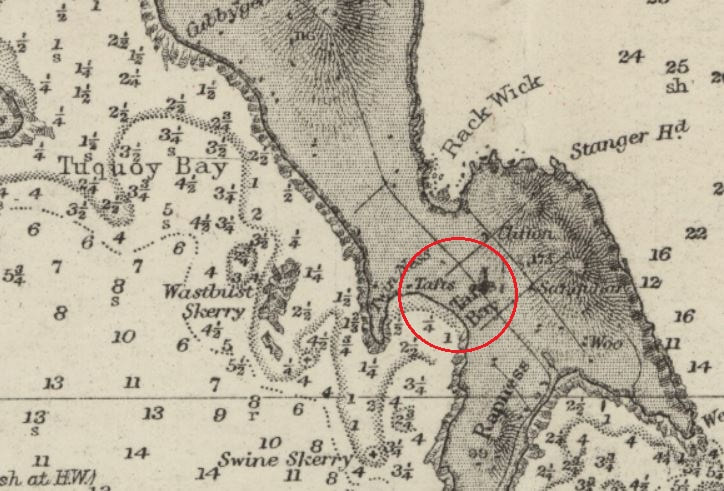 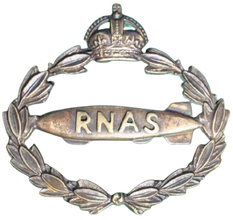 D.S.M.
​Name - Ernest Frank Anthony
DOB - 14th September 1896
Place of Birth - West Hampstead, Middlesex
Parents - Thomas and Catherine
​
Early History -  Ernest was first mentioned on the 1901 census aged 4 years old - he, his parents and 3 siblings lived at 76 Mill Lane, Hampstead.  They remained in the house for over 10 years, recorded residing there on the 1911 census.  Thomas and Catherine had had seven children over the years, with only 5 surviving, and they all lived together, the eldest aged 21, Ernest was 14 and twin sisters were 12 years old.


​
​Service History - Ernest joined the Royal Naval Air Service on 19th May 1915 for hostilities, which was then amended to serving for 12 years.  He was 5’8” tall with brown hair and brown eyes and trained at HMS PRESIDENT II until the end of February 1916 as an Air Mechanic.
He was posted to Scapa Flow in Orkney, as a Leading Mechanic, on 1st March 1917 attached to HMS ICARUS, a Royal Naval Air station in Houlton Bay which was a central depot for air services.  On the 21st December 1917 he went missing when HMS Airship P4 was wrecked.
For his actions, he was awarded the D.S.M, as seen in the London Gazette, 1st May 1918. 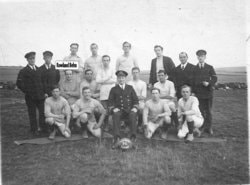 Name - Rowland Charles Behn
DOB - 21st May 1899
Place of Birth - Salisbury, Rhodesia, Zimbabwe, South Africa
Parents - Unknown Father - Mother, Fanny
Early History -  Rowland was the eldest of 5 children.  He can’t be found on the 1901 census, so may have been out of the country still.  He, his mother and younger siblings were recorded however on the 1911 England census living at St Elms Station Road, Midhurst, Sussex and attending school, aged 11.

Service History - Rowland joined the RNAS as a Boy on 19th May 1916 at HMS PRESIDENT II, leaving on 31st May 1916.  He transferred to HMS CRANWELL which was a newly created RNAS training establishment close to the village of Cranwell in Lincolnshire.  The site however was tendered to HMS DAEDALUS, a ship moored on the River Medway in Kent. He left the site on 27th May 1917 as an Air Mechanic 2nd Grade, achieved on 23rd May 1917.  He was posted again, attached to HMS PRESIDENT II form 28th May 1917 until 30th September then transferred to HMS ICARUS - Icarus was originally the SS Trent, launched in 1899 and requisitioned for Admiralty service as a Fleet Messenger and acted as a Depot Ship to the monitors HMS's HUMBER, MERSEY and SEVERN for the Gallipoli Campaign in 1915.

From 1st October 1917 to March 1918 she was renamed HMS ICARUS by the Admiralty and acted as the RNAS Depot Ship at Houton Bay, Scapa Flow for the Orkney Air Services flying anti-submarine patrols.  Rowland was killed on 21st December 1917 when HM Airship SSP4 was wrecked.

He was awarded the Victory and British medals, his mother claimed his pension. 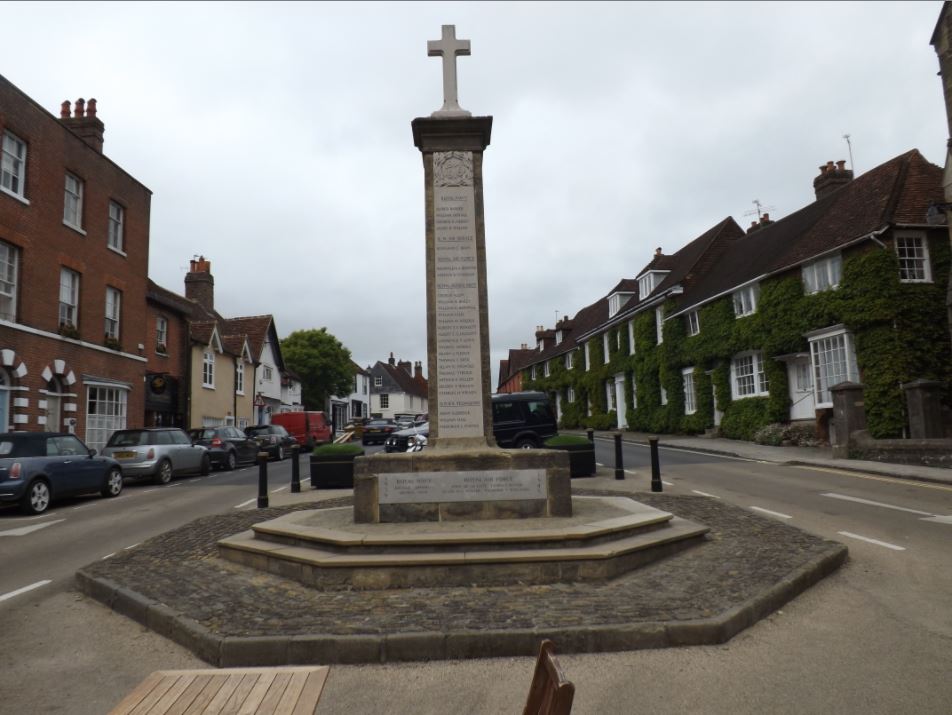 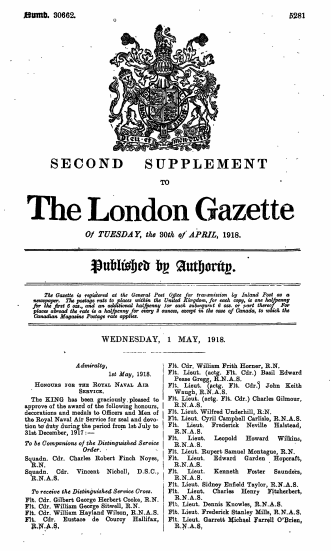 Service History -
D.S.C. London Gazette 1 May 1918:
‘To officers of the Royal Naval Air Service for zeal and devotion to duty in the period 1 July to 31 December 1917.’
The original recommendation states:
‘Flight Commander Horner has displayed great zeal and energy as Commanding Officer of Caldale Airship Station. He has carried out many submarine and convoy patrols in the North Sea under trying conditions.’

William Frith Horner, a native of Warlingham, Surrey, who was born in December 1894, was appointed a Midshipman in May 1912 and was serving in the battleship H.M.S. Vanguard on the outbreak of hostilities in August 1914. Shortly afterwards, however, he transferred to the Royal Naval Air Service, being appointed a Flight Sub. Lieutenant in March 1915 and trained as an airship pilot at Kingsworth, Polegate and Dover.

Once qualified, he joined the Airship Expeditionary Force in the Aegean at the end of 1915
‘He is a most excellent Sea Scout Airship pilot, and has been constantly patrolling Kephalo and Mudros. He is now in command of Kassandra. He attempted a night spotting flight over Gallipoli. A most excellent officer with a good command of men. He is recommended for promotion’ (Report of the Wing Captain, Eastern Mediterranean, refers).

Horner was accordingly advanced to Flight Commander soon after his return to the U.K. and commenced his next operational posting at Kirkwall Airship Station in April 1917. Transferring to Caldale Airship Station in the Orkneys, as Commanding Officer, that July, he flew many anti-submarine and convoy patrols in the period leading up to his death on 21 December 1917, mainly in Sea Scout Pusher SSP.4, which airship had been placed on the strength of the Caldale establishment on 12 June 1917, and carried a crew of three, comprising pilot, W./T. Operator and Engineer. Official records further reveal that the SSP. 4 had amassed 165 airborne hours prior to her disappearance in December 1917, many of them with Horner at the helm, a record saved for posterity in Caldale’s “Airship Daily Reports” (now held in the National Archives at Kew). Thus her very first flight under Horner on 5 July 1917:

‘On SSP.4’s first patrol today, magneto drive seized up owing to choking of oil pipes. Leading Mechanic Anthony took down magneto and drive, and started engine off Remy by cranking propeller. Airship was drifting for 40 minutes. She was ready for flight two hours after landing.’

Notwithstanding such mechanical defects, Horner took SSP.4 on a submarine patrol of 220 miles less than a week later, and followed up with another patrol of similar distance on the 21st. Then on 12 August he flew a 170 mile mine-searching and convoy escort patrol, while on the 17th - following a few local flights for ‘dummy bomb dropping and Lewis gun practice’ - he flew 110 miles in the course of another convoy escort patrol. And so his work continued right up until his demise on 21 December 1917, when the SSP.4 failed to return from patrol - wreckage was subsequently discovered on Westray Island, and Horner, who was 22 years of age, was posted missing, believed drowned. Sadly, too, the aforementioned Leading Mechanic E. F. Anthony, himself an “Airship D.S.M.”

He was awarded the Distinguished Service Cross, 1914-1915 Star, British and Victory Medals.  With no known grave, he is remembered on the Chatham Naval Memorial and on a brass plaque in St Nicholas
Church, Fyfield, Epping Forest. 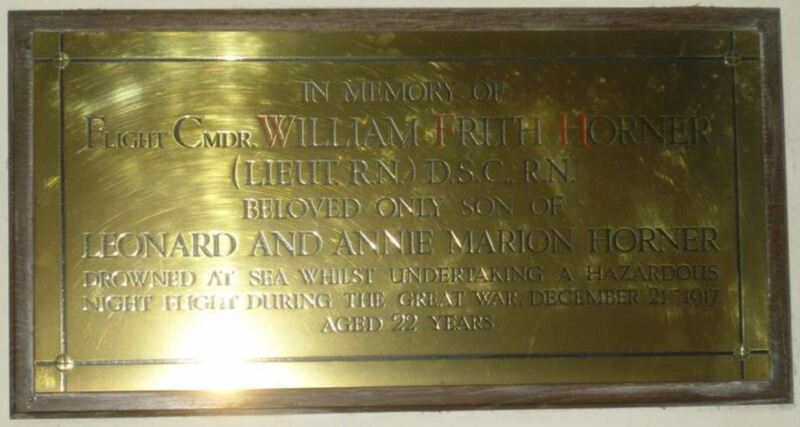 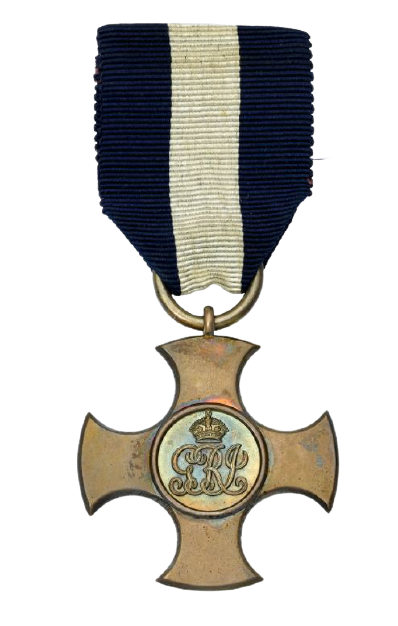