In 1905 Pinnace 499 was sent to be used by the hulk HMS Vernon moored in Portchester Creek, four miles NW of Portsmouth. HMS Vernon was  home of the Royal Navy's Torpedo Branch. 499 stayed with HMS Vernon, most likely used for torpedo recovery and crew transfers, until 1912 when it was put into the stores in Portsmouth.

Over the next year the pinnace was loaned out for short periods. One such loan was to the Surgeon General, Hasler and another to HMS Neptune.

In November 1913 Pinnace 499 was permanently appointed to the Edgar Class Cruiser, HMS Grafton. 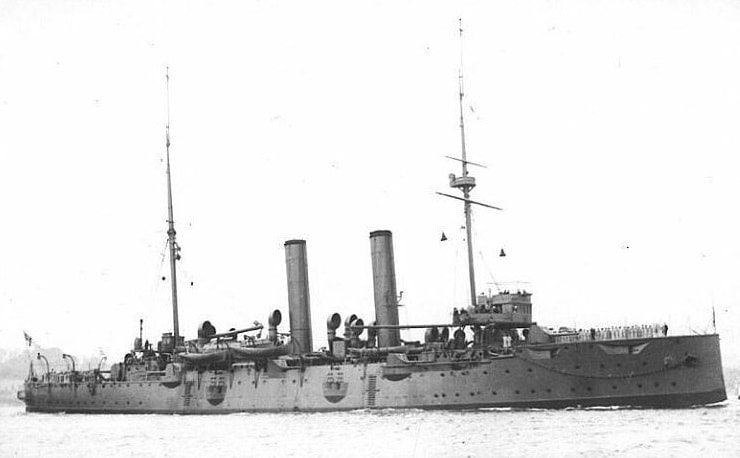 HMS Grafton
At the outbreak of World War One HMS Grafton was part of the 10th Cruiser Squadron and was sent to Scapa Flow to assist in the Naval Blockade by seizing ships bound for German ports or ships carrying cargo that was meant for Germany. ​
​Information from HMS Grafton logbook

HMS Grafton arrived in Scapa Flow on the 6th August 1914.

At 2 pm The Steam Pinnace, jolly Boat and Gig were taken to Hesti Geo and anchored in 32 feet of water (5 1/3 fathoms). 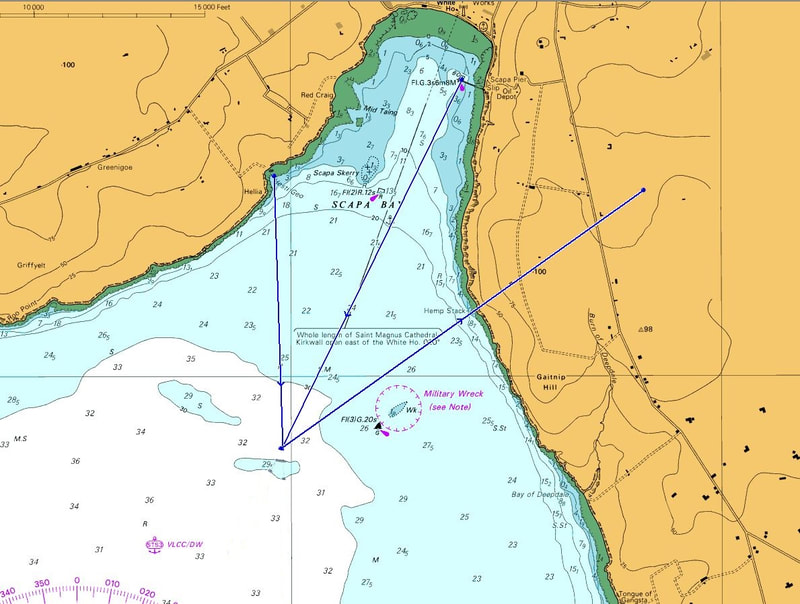 ADM 53/43384 Logbook HMS Grafton 6th August 1914
On the 7th August at 03.25 am HMS Grafton weighed anchor and left Scapa Flow and proceeded to the west of Shetland on Patrol. There is no mention of re loading the small boats prior to departure so they were most likely left at Hesti Geo.

​On the 27th August the ship returned to Scapa Flow. There is no mention in the log of the Steam Pinnace, Jolly Boat or Gig.

On the 28th August HMS Grafton left Scapa Flow for the last time with no mention in the log of Steam Pinnace 499.
​​
The Loss
The last entry in the Pinnace Ledger simply says ''Wrecked at Scapa Flow in August 1914''  There is no other indication as to the location of Pinnace 499.
The Wreck

In July 1987 the  Naval Air Command Sub-Aqua Club ran an expedition to Orkney. The aims of the exped were to look at two Fleet Air Arm aircraft lost off Kirkwall, conduct some dives on HMS Royal Oak to locate the source of an oil leak and to search for a torpedo and a steam pinnace in Scapa Bay that had been reported to them by the late Alec Strutt.

​It was thought this was the lost pinnace from HMS Royal Oak but both those pinnaces have since been found, One is next to HMS Royal Oak and the other 300m from the stern so the wreck of the pinnace in Scapa Bay is from another ship.

The area dived, by the 12 RN divers, was north and north west of Scapa Skerry. According to the report nothing was found.  The wrecked pinnace indicated by Alec Strutt could be 499.

In October 2021 this project received an email from Christopher Gee of Kirkwall enquiring if we had any information on a steam pinnace lost near Hesti Geo.

Christopher was related to the late Johnnie Meil of Dyke End which overlooks Hesti Geo. Johnnie was an avid collector of all kinds of interesting marine artefacts and his large shed was an Aladdin's cave of all sorts of interesting things.

Some of the items in the shed relate to a pinnace Johnnie discovered in the 1970s just off Hesti Geo. These items included The pinnace engine, the prop shaft and prop, some of the hull planking and some miscellaneous items such as portholes and steam piping.

Due to its location and research so far showing only one pinnace loss in Scapa Bay then these items are most probably from S.P.499. 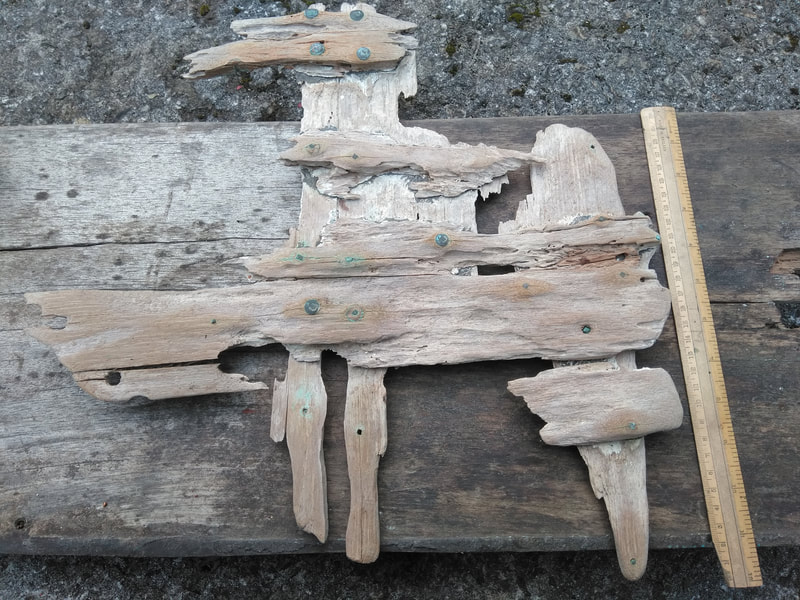 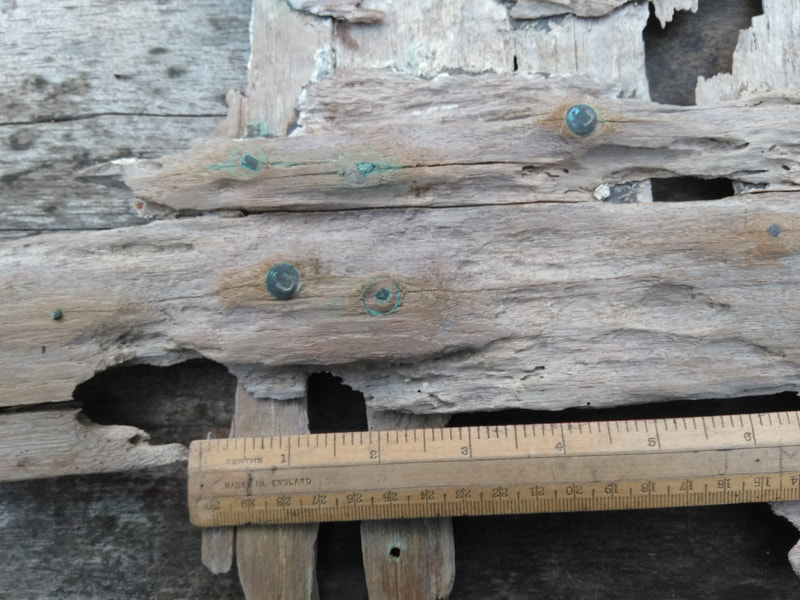 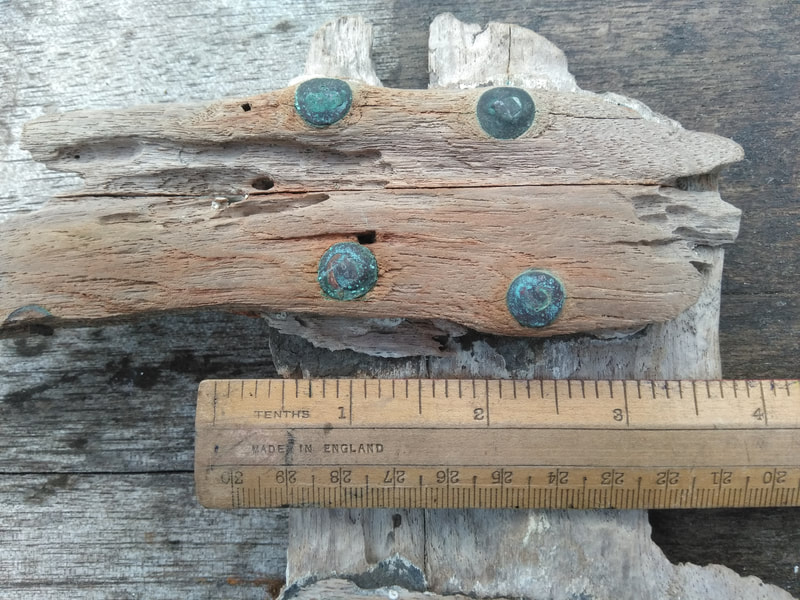 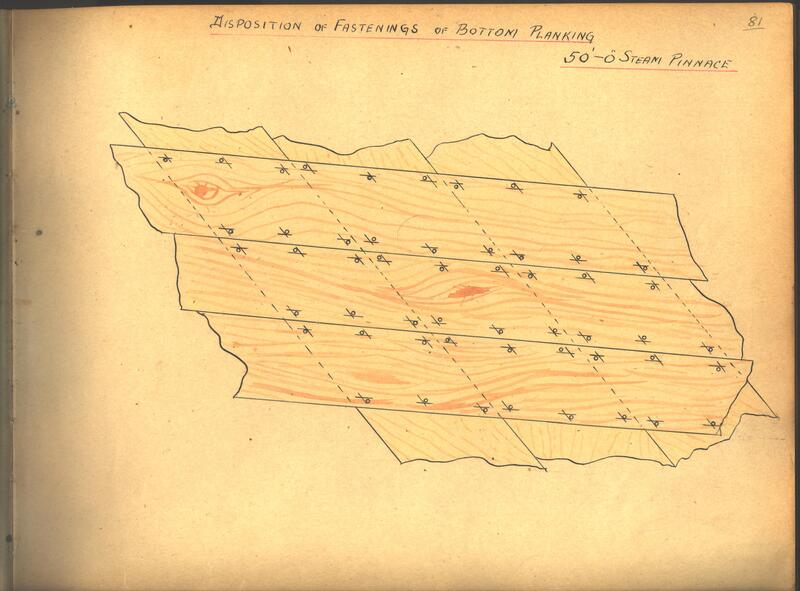 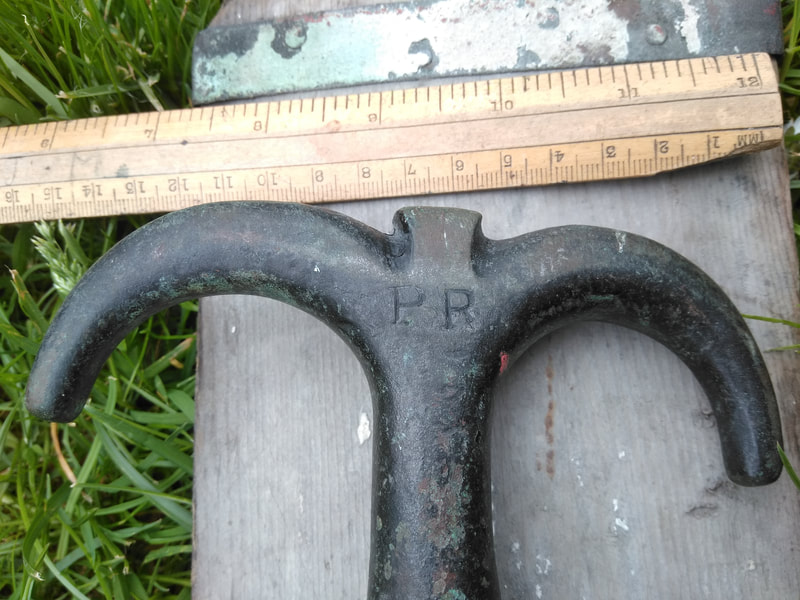 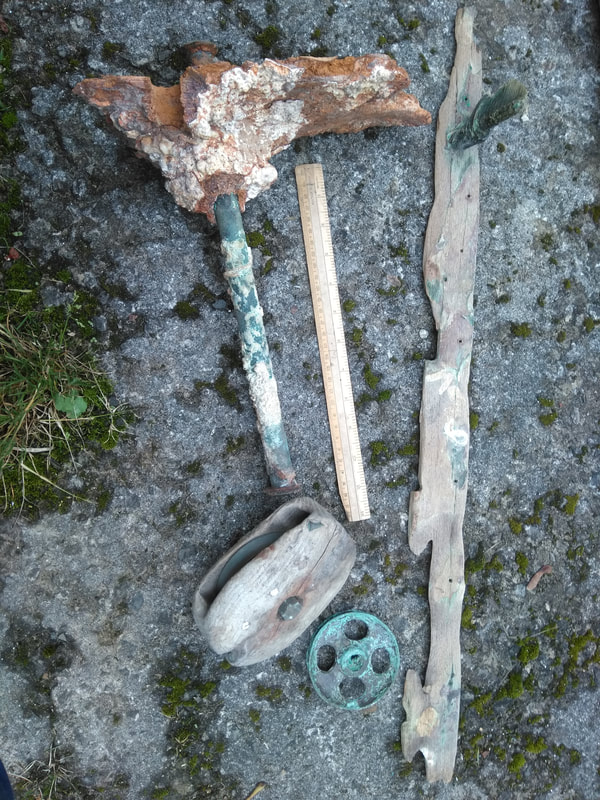 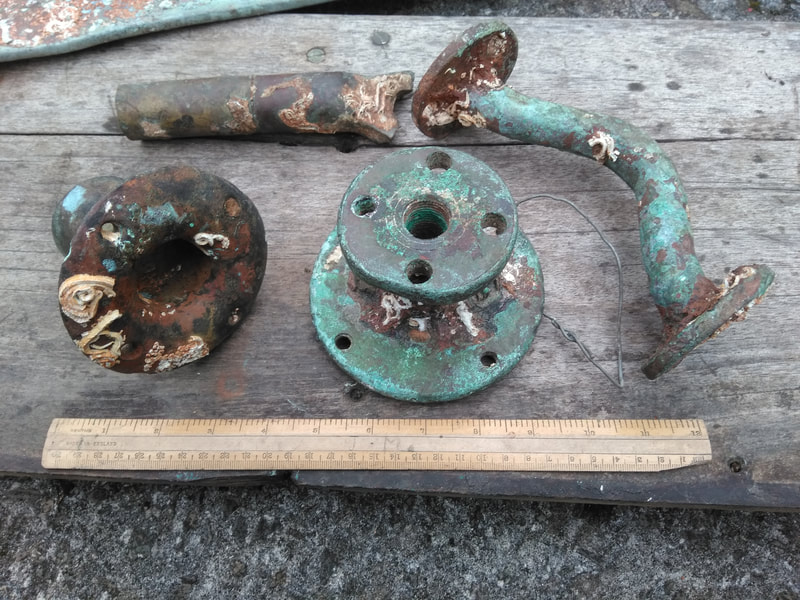 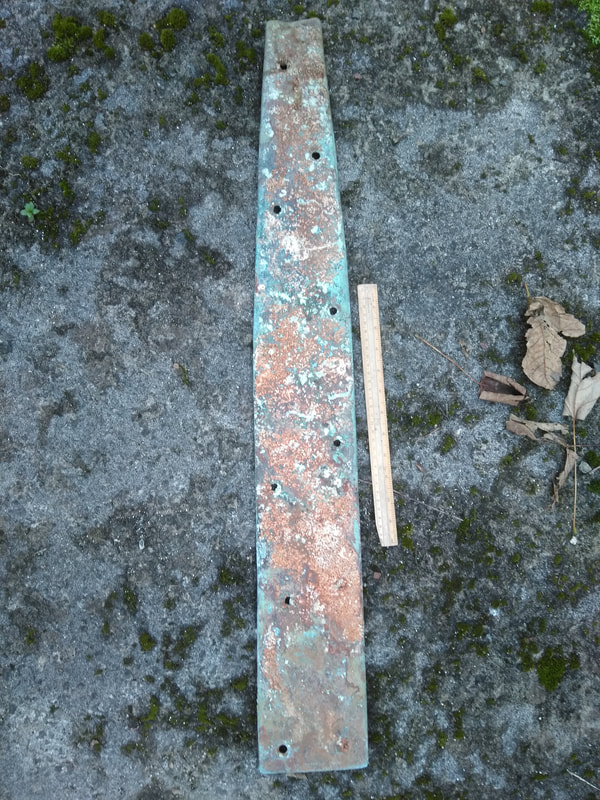 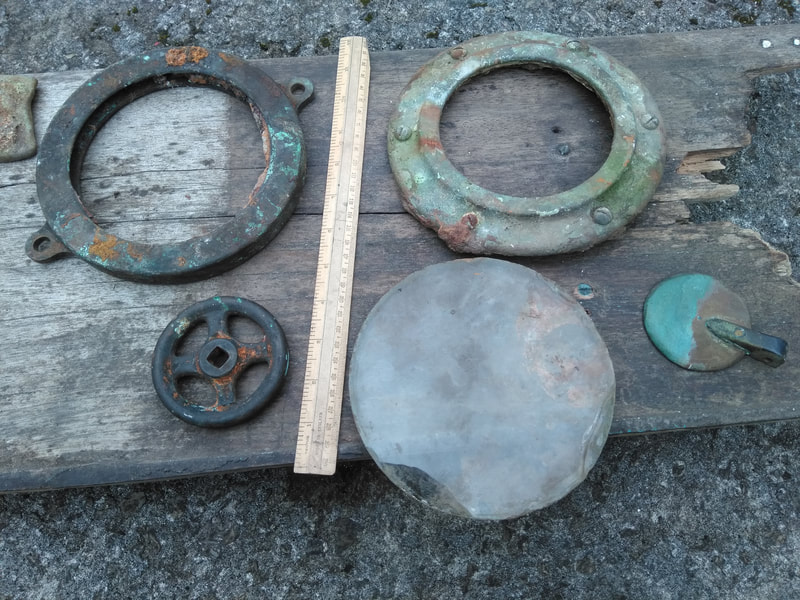 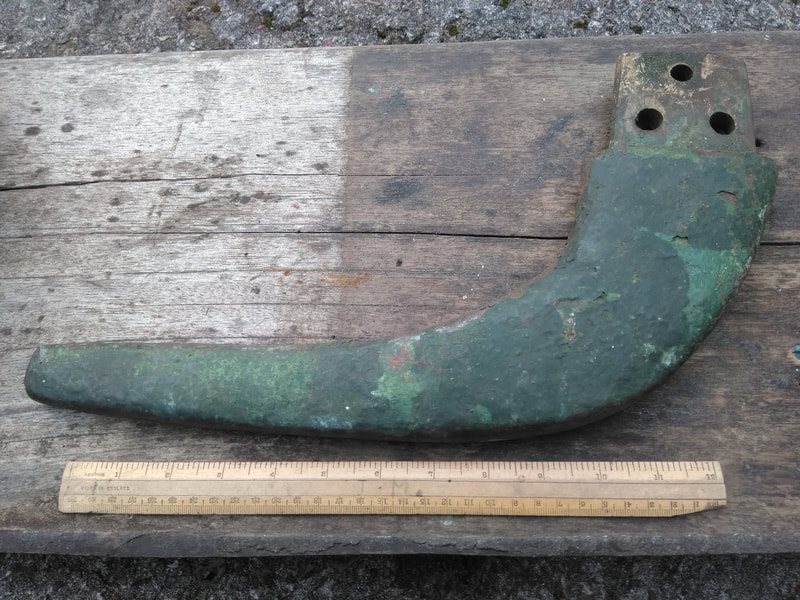 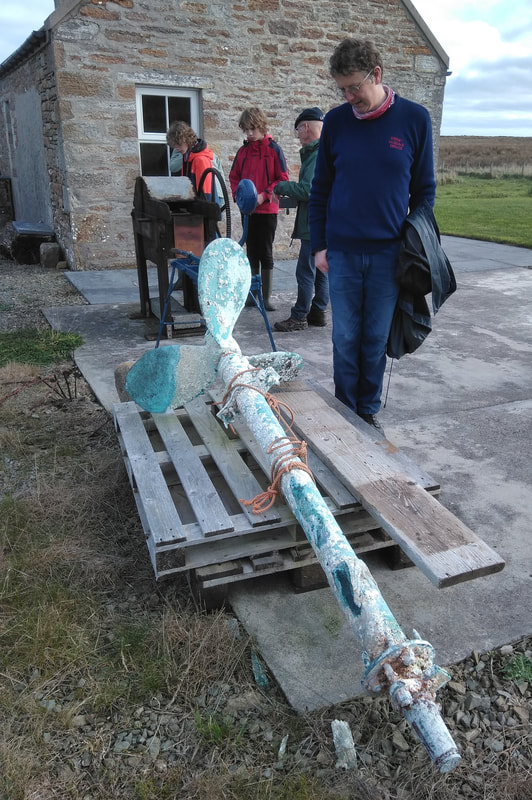 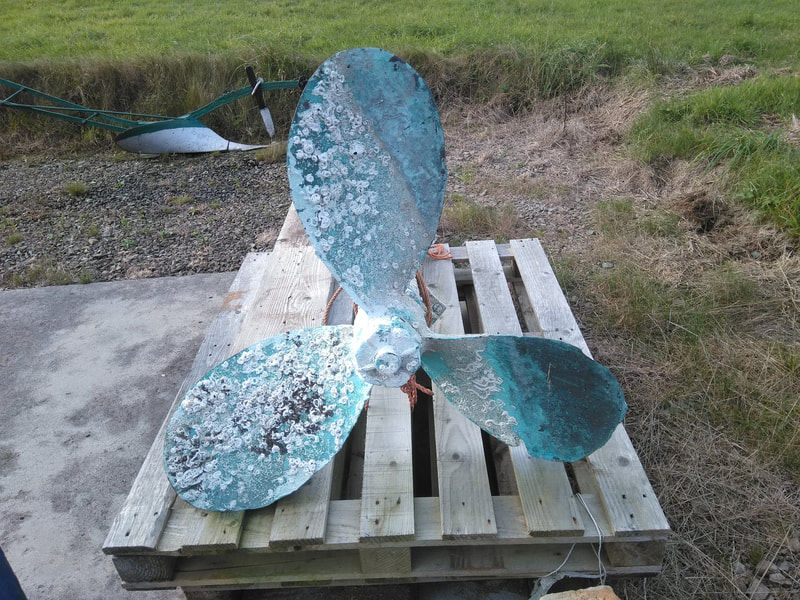 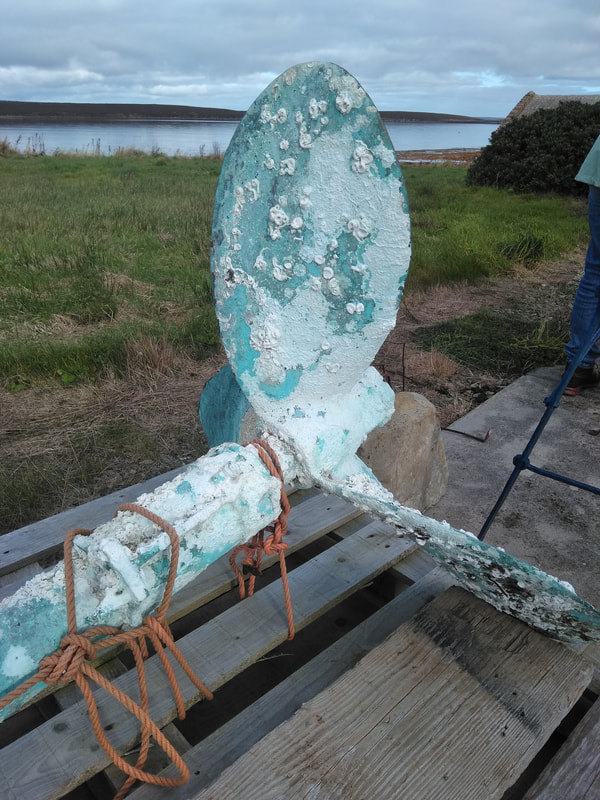 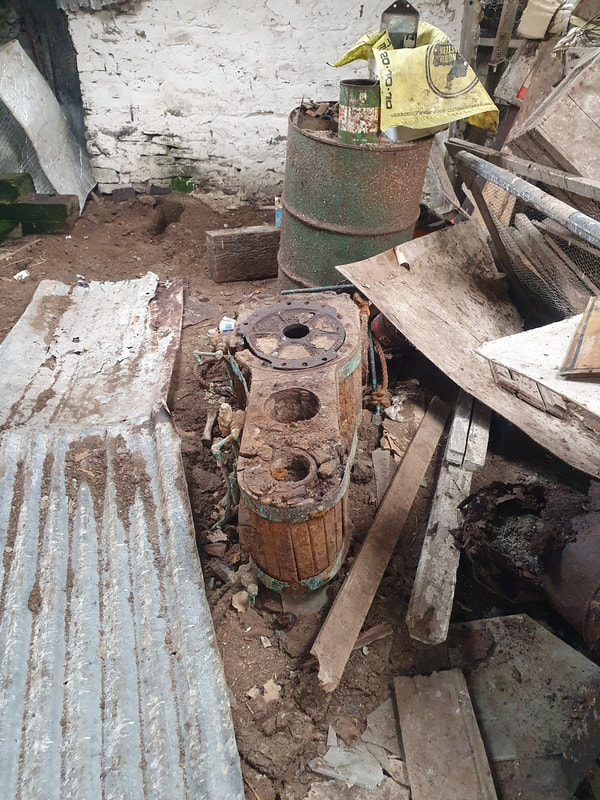