Armament: ​​​
Built in 1904 by H.S Hansen and Co, Cowes with machinery by Plenty & Co, of Eagle Iron Works, Newbury, Berks

​In 1915 The pinnace was issued to the repair ship HMS Cyclops which was based in Longhope Orkney. 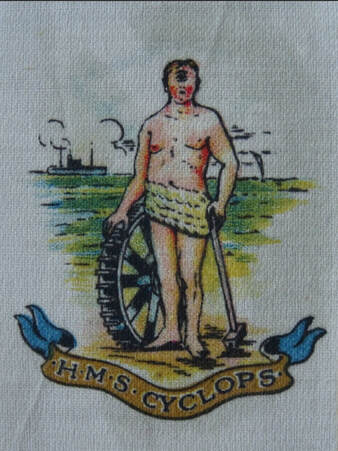 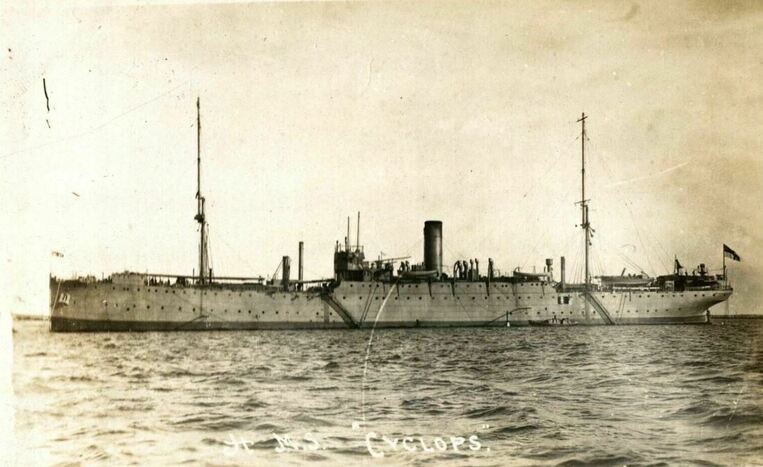 Position of HMS Cyclops in Longhope. UKHO Chart: OCB F.081 A5 Scapa Flow 1918 -1919
Research
In 2020 the Lost in waters deep project started researching lost steam pinnace and picket boats in Scapa Flow. The aim was to try and identify an unknown pinnace located on the east side of Scapa Flow. Steam Pinnace Unknown

Wendy Sadler obtained the logbook for HMS Cyclops for June 1918 -  ADM 53/39198 which gave details of the loss.
The Loss
A gale blew on the night of 13th June 1918. At 3 am in the morning of the 14th it was found that the pinnace 588 and a diving launch were missing and had possibly broken adrift.

There is no record of the pinnace being found and was recorded in the steam pinnace ledger held in Portsmouth by the Naval Historical Branch as lost.

In 2000  Bobby Forbes of SULA Diving and Andy Cuthbertson, skipper of MV Jean Elaine found an unusual wreck in Longhope Bay with what was described as a ''conning tower'' . In January 2021 Andy Cuthbertson passed on some bearings for the rough position of the debris. These positions were plotted on a chart then compared to side scan sonar surveys conducted in Longhope bay using a C-Max CM2 side scan. The side scan showed several contacts very close to Andy's land mark bearings. These positions were also very close to the mooring for HMS Cyclops in 1918.

The contact was dived by SULA Diving and was found to be the partial remains of a Royal Navy steam pinnace. All that was left of the wreck was the boiler and the forward turret. Longhope has been used as an anchorage for century's and it seems most likely the damage has been caused by one or more anchor's. 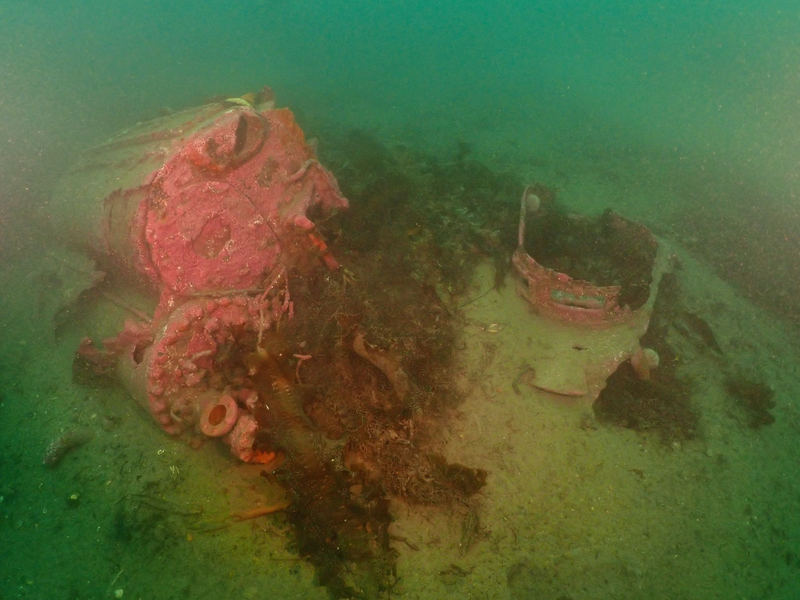 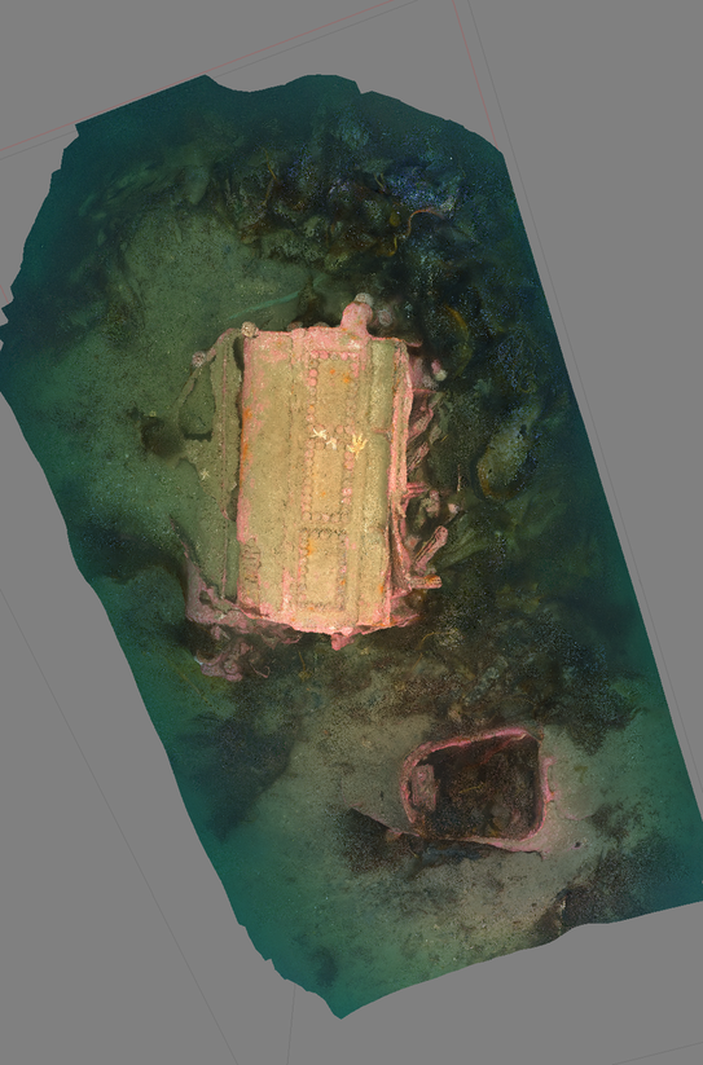 Boiler and forward turret. Photo mosaic: SULA Diving.
Due to its location, the fact that a search the day it went missing found no trace afloat or ashore, and research so far shows no other steam pinnaces lost in this area then it is most probable that this is Steam Pinnace 588.