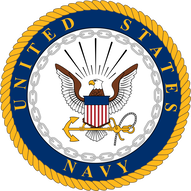 
​Seaman Robert Israel Simpson U.S.N   (28/07/1919)
Aberdeen Press and Journal - Friday 01 August 1919
​
U.S. MINE-SWEEPER MINED OFF KIRKWALL. The U.S.S. Curlew, in the course of minesweeping operations off Orkney Tuesday afternoon, struck a mine. The explosion caused three men to be thrown into the water. Two men were saved, but the third sailor, named Simpson, was drowned. The vessel was badly damaged, but was towed Kirkwall. This the second mishap to the American minesweepers within three weeks.
​
Orkney Herald, and Weekly Advertiser and Gazette for the Orkney & Zetland Islands - Wednesday 06 August 1919.

AMERICAN MINESWEEPER DAMAGED BY MINES —information reached Kirkwall on Tuesday last week that one of the American minesweepers —the Curlew— had struck a mine that day while carrying out operations in the North Sea barrage. By the force of the explosion three men were thrown overboard. Two of them were saved, but the third man was, unfortunately, drowned. The vessel, which was considerably damaged, was taken to Longhope for repairs.
​
Shetland News - Thursday 07 August 1919
​
AMERICAN MINESWEEPER MINED.—News reached Kirkwall on Tuesday evening last that the U.S. Minesweeper Curlew, was that afternoon damaged by the explosion of a mine whilst employed on clearing up one of the minefields forming the North Sea Barrage. The force of the explosion threw three men overboard. Of these two were saved but the third was unfortunately drowned. The Curlew has been taken to Scapa for repairs. (It will be remembered that it was this vessel which rendered very valuable service extinguishing the recent fire at Messrs Williamson & Coy.'s kippering kiln at Garthspool).

​The incident could have been worse if not for the brave actions of Chief Gunners Mate George Gourley U.S.N who revived a DSM for his actions

Chief Gunners Mate George Gourley U. S. N . For exceptionally meritorious and distinguished service as a member of the crew of the U.S.S. Curlew, which when engaged in mine clearing work in July 1919. A mine exploded near the stern of the ship sending a wave of water over the aft end washing two of the crew overboard. Gourley jumped into the rough, almost ice-cold water with another mine exploding in the vicinity and rescued one of them, the other sailor was lost.​

The Distinguished Service Medal (Navy & Marines)
​Footnote: Minesweeper USS Curlew Seaman Robert Israel Simpson blown overboard and drowned in the North Sea after a sweep exploded a nearby mine.    28 July 1919. 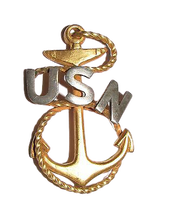