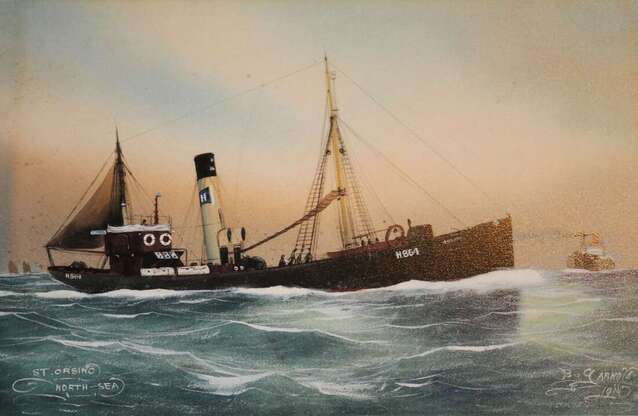 Orsino was hired to the Royal Navy from 1914 as a patrol vessel and was given pennant number FY602.


HMT Orsino left Stromness to patrol the swept channel off the north coast of Scotland on the 26th September 1916 for a two day patrol, due to return on the 27th September before noon but failed to do so. On the 28th September a message was wired to the HM Trawler Sesostris (No 1998) at Loch Eriboll to see if there was any news of Orsino. On the 29th September HMT Sesostris was sent out to conduct a search along with HMT Cambodia (No 1521) but no trace was found.


“Piloting to Pentland Firth when 10 points to port a steamer heading north is sighted, Submerged. Steamer cannot really be identified. Distance about 2500 (meters). Because it could be an auxiliary ship of some sort, followed the ship with high speed. Course 265°. Steamer went out of sight in the fog. Hunt cancelled. Course leads into Möve-Mines area. While pursuing, passed an outpost ship at 10.15 in a distance of 2000 meters; to prevent a position being signalled of the U boats position by the steamer, steamer sunk with artillery. Square 043 alpha. Four prisoners were taken on board. Steamer was a fish steamer, Admiralty Nr. 602, fishing Nr. 864, with a 7,6cm gun, 12 man crew. ''
The left margin has typed ‘visibility 1 to 2 miles, For Pentland Firth. East by South 5 (wind) Fog and rain.’ 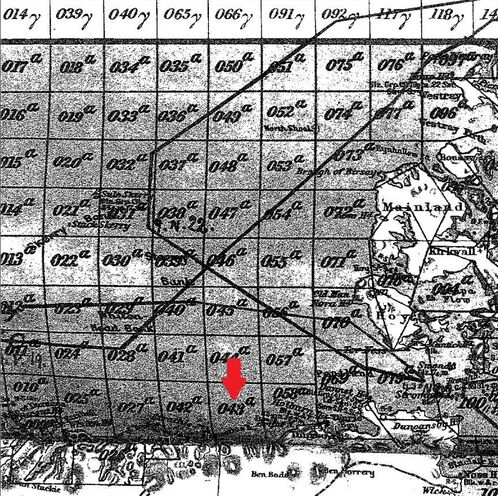 U55’s KTB shows that the attack took place in grid square 043 alpha. This is a German coded grid used by U Boats to report positions. The image above taken from U 33s KTB map and shows where 043 alpha is located.
The Crew (Research ongoing)

​Taken Prisoner
After HMT Orsino was sunk four survivors were found by the U55 and taken prisoner. All were slightly injured and were landed by U55 to a hospital at Helgoland. The survivors were: 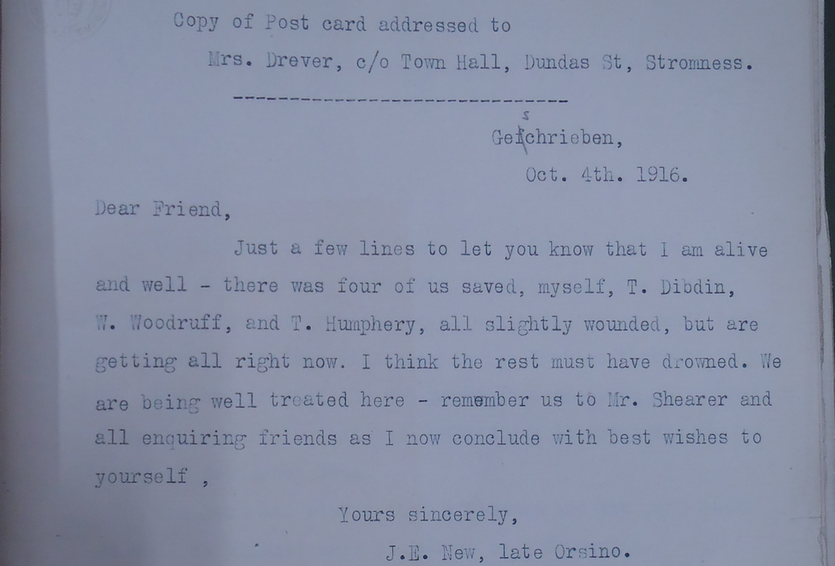 From ADM 1/8468/232
When considered fit the prisoners were sent to a Prisoner of War camp.

A letter from Berlin dated received 21/11/1916 states Dibdin, Woodroff and New were sent to Brandenburg POW camp near Berlin but there was no mention of Humphrey.
​Brandenburg Prison of War camp (Brandenburg An Der Havel) was a camp  40 miles west of Berlin. Many Royal Navy and merchant sailor's of various nationality's were held here. Most prisoners would arrive at the camp via barges on the river Havel. 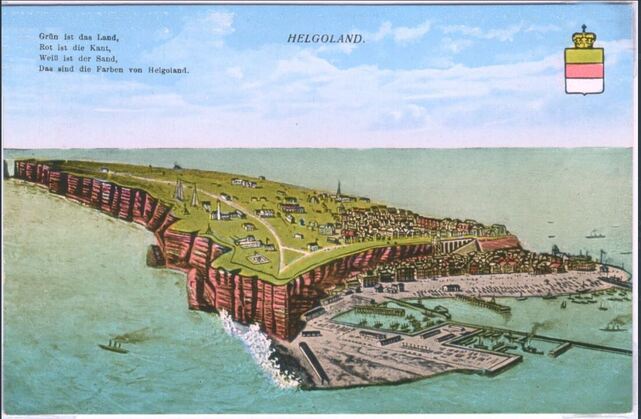